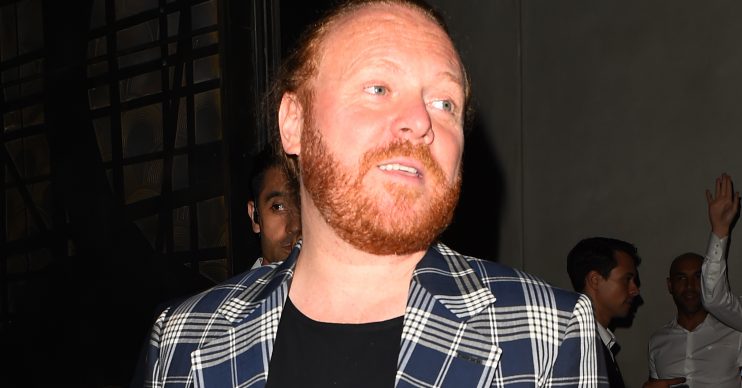 Presenter and Celebrity Juice star Keith Lemon had fans in stitches with a bizarre video of his mum trying to bite him.

In an odd clip posted to his Instagram on Friday (20.09.19), the funnyman shared a ride with him mum, Pat, and told followers it was “bring ya mum to work day again!”

The video shows the pair staring into the camera before Keith – alter-ego of comedian Leigh Francis, 46 – turns to Pat and points his finger in her face.

His mum then tries to bite it but he pulls it out of her reach, before pointing at her a second time and again dodging her gnashers.

He continues to horse around until Pat jokes, “You can hear my teeth” and Keith pulls a face.

A number of Keith’s celeb pals were in hysterics in the comments, with Pussycat Doll Ashley Roberts writing, “Love her” and Love Island‘s Maura Higgins writing the same alongside three heart-eye emojis, while singer and former X Factor judge Tulisa commented with a string of laughing faces.

Earlier this year, Keith revealed that he and his Celebrity Juice team captain Holly Willoughby, 38 had a pact with their co-star Fearne Cotton that they would all leave the show at the same time.

Fearne, 38, had been a team captain on the panel show for over a decade but confirmed plans to leave the programme last year.

During an episode of This Morning, presenter Phillip Schofield revealed that Holly and Keith had an agreement with Fearne that if one of them left, they all would depart.

But Holly admitted that she and Keith decided to stay on because neither were “quite ready to stop yet”.

Holly said: “Obviously, when Fearne said that she was leaving, it was a bit of a shock for both of us, wasn’t it?”

Keith quickly replied: “It was a bit weird.”

Holly added: “I think we started together right from the beginning and it was always gonna be weird, however, Paddy [McGuinness] there was only ever one person [to replace her].”

Keith then quipped: “I thought you were gonna leave as well!”

Read more: Keith Lemon reveals he always does a number two in stars toilets on Through The Keyhole

Spilling on the pact, Phillip interjected: “You guys had a pact, didn’t you, that if one went all went…”

Keith confirmed that the trio “did initially” have an agreement to all depart Celebrity Juice together.

Explaining why the pair decided to carry on without Fearne, Holly said: “I think what happened was we just really enjoyed making the show still and I don’t think we were quite ready for it to stop yet.”

Keith went on to say that he felt he and Holly couldn’t “just go” because they both “enjoy it so much” and added that they immediately thought of Paddy McGuinness, 46, to be Fearne’s replacement.