Keith/Leigh has some excellent advice for future guests (FAMEFLYNET)

Holly, 37, is a team captain on Celeb Juice, which has just started a new series on ITV2.

Keith went on to say a night out with the mum-of-three can be dangerous.

He explained: "You know if you want to go home instead of going on to the next part, and she asks you to go on? Don't look in her eyes and you'll go home, but as soon as you look into them and she says, 'Let's go to another party,' then you're like, 'Oh OK.'"

Generally every male on the planet tries to flirt with Holly...

The new series of the comedy game show kicked off on Thursday night with comedian Russell Brand as a guest.

And Holly joked that the comedian kept her "calm" while she gave birth to daughter Belle, now six. 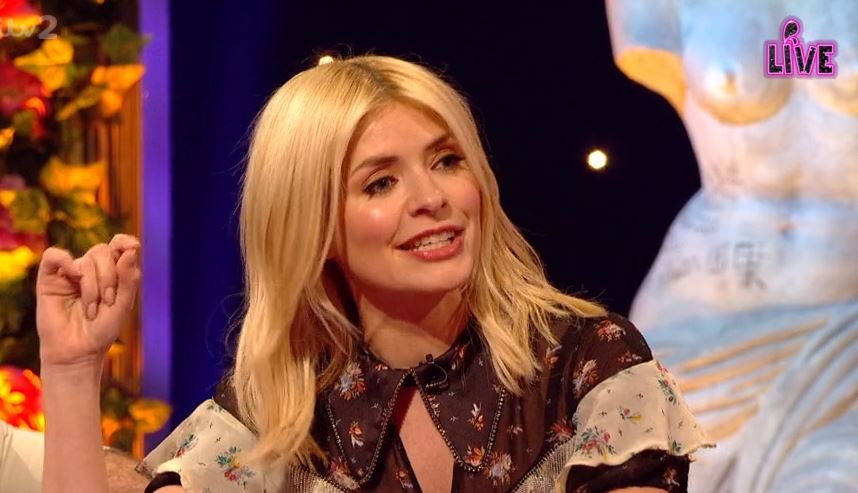 She revealed during Celebrity Juice Live that Russell's movie, Get Him To The Greek, was playing on the TV while she was in labour.

She told the former playboy: "Russell, when I gave birth to my daughter Belle, Get Him To Me Greek was on the TV."

Russell replied: "That is a beautiful way to bring life into the world!" 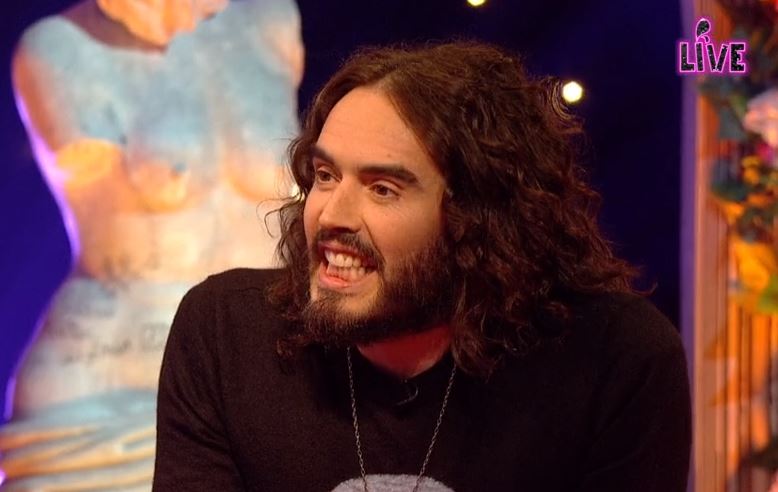 The comedian seemed to be amused by Holly's story (Credit: ITV)

Holly cheekily quipped: "I heard your dulcet tones in my head as it was happening and I'm not sure what was more painful!"

Russell asked: "How is the child developing?" 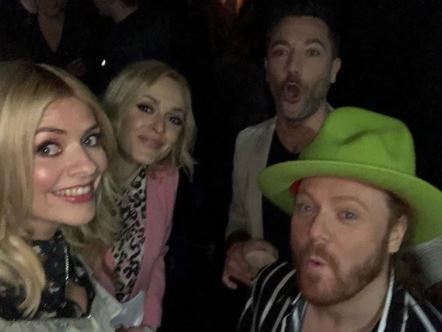 Holly answered: "She is beautiful! She got a good start in life! You kept me very calm, it was very entertaining."

Are you watching the new series of Celebrity Juice? Leave us a comment on our Facebook page @EntertainmentDailyFix and let us know what you think!