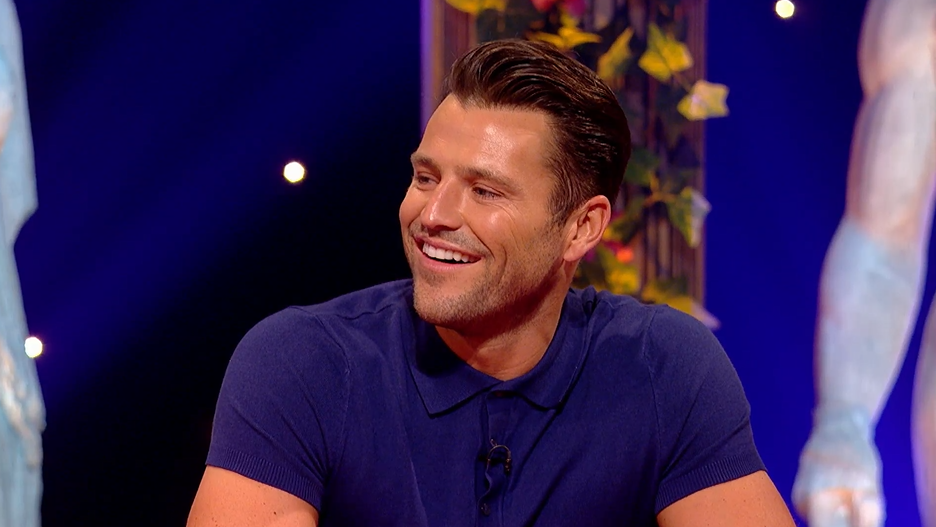 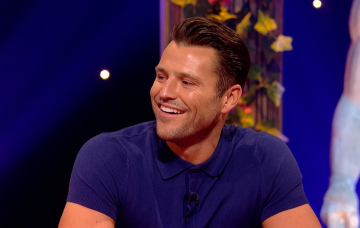 Keith Lemon has a very special present for Mark Wright and his wife Michelle Keegan on tonight’s Celebrity Juice.

Extra presenter Mark is a guest on Thursday’s show and is left speechless when Keith presents him with an adult toy, that he can, er, use when he FaceTimes Michelle when they’re apart.

It’s Keith’s suggestion for how Mark and Michelle can keep things spiced up even when they’re on opposite sides of the world.

Without going into too much detail, the gift is a sex toy attached to the bottom of an iPad and, well, let your imagination do the rest…

Read more: Mark Wright trying to get Michelle Keegan a job in Hollywood

Keith asks Mark: “So how is it with lovely Michelle Keegan? She’s gone over [to America] hasn’t she?”

Former TOWIE star Mark replies: “We’re back and forward all the time yeah.”

Keith continues: “But when she’s working you FaceTime a lot don’t you, that’s what I’ve heard her say, ‘oh we FaceTime.'”

As Mark confirms they do FaceTime, Keith brings out the cheeky gift leaving Mark burying his face in embarrassment.

Keith says: “Because we’re pals, what I’ve done is got you a gift because I’ve not seen you for a while, it’s for you and Michelle, actually.”

Demonstrating how Mark can use the gift, Keith explains: “So when you FaceTime I mean you can just feel a bit closer. Here it is… so you hold [the iPad] like this yeah, and you FaceTime, but what’s great about it is, it has a [sex toy attached].

“Let’s just pretend, that’s Michelle there [on the screen]…. ‘Hiya, shall we have some FaceTime sex?'”

“Then you just kind of [use the toy as well]. You’ve got different settings.”

We’re sure Michelle is going to love that…

Mark has been living the LA dream for the past year as a presenter on American entertainment show Extra, while actress Michelle’s been jetting around the world filming.

Earlier this month, Mark opened up about how they cope with having a long-distance relationship.

During an appearance on Lorraine, the star said he tries to see Michelle every three weeks and the long-distance actually keeps their relationship “fresh.”

Also in the episode, Mark and Joel and Holly and Fearne will go head-to-head in an assault course called “Totally Bananas.”

In pairs, the panellists have a peeled banana in their mouths and they have to go around the assault course without the banana breaking.