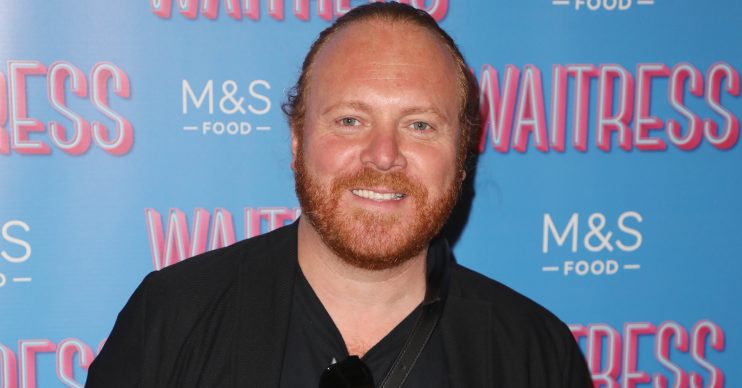 Keith Lemon has expressed his disappointment after discovering people selling fake versions of his charity t-shirts for Caroline Flack.

The comedian recently revealed he’s created a top with the words “be kind” printed on it, which Caroline said before she died, to raise money for the Samaritans.

So disappointed by this website https://t.co/2RjmjMghgM selling FAKES! But Fanks to every one has bought an official one from https://t.co/kofJ2CEchZ last count 11,820 sold! All profits go to Samaritans. pic.twitter.com/Ud9CdVNqj6

Keith told fans 100 percent of the profits will go to the charity.

However, on Monday evening, Keith took to Twitter to reveal people have been creating fake versions of the t-shirts to make money.

Sharing a screengrab of a website where people are trying to sell the tops, Keith wrote: “So disappointed by this website selling FAKES!

“But fanks to every one has bought an official one from kilclothes.com last count 11,820 sold! All profits go to Samaritans.” (Sic)

In another tweet, the star revealed the website had taken down the t-shirts and he asked if any money they made could be passed on to the Samaritans.

Like everyone I was absolutely shocked by the news of what happened to Caroline. All the recent events just seemed so unreal. I’d been friends with Caroline for many years. Since before telly happened. In more recent times I’d not seen Caroline as much as I had years ago, but it was always like old times when I saw her. I did this t-shirt to spread Caroline’s own words #Bekind, and to raise money for the Samaritans. 100% of profits will go to @samaritanscharity and the link is in my bio or tap the pic. For more information on the amazing work The Samaritans do, or if you are looking for any support, please go to samaritans.org or call them directly on 116 123. Will miss you Flack. Love to your family x

He added: “Once again big fanks to everyone who has already bought one! You are the RADest! If ya still an’t got one and ya want one ya get them from www.kilclothes.com cheers!” (Sic)

He said: “Sorry more fakes Teeranas.com and @TeeChipOfficial stealing money that should be going to @samaritans so disappointed. Not very nice. I give up!

“Probably gonna be more out there. kilclothes.com for official.” (Sic)

In a video, Keith said: “Hi sorry to bother you, it’s me again. Two more websites are also selling fake be kind t-shirts that I did for Caroline to raise money for Samaritans.

“They are just taking money from the Samaritans. Really disappointed but if you haven’t bought one, don’t buy one from there. People! What’s going on?!”

One of the websites responded to Keith’s posts, writing on its Instagram: “Hi @keithlemon Teespring is a user-generated platform and all designs are created by independent individuals.

“In response to your recent post, we have ensured the seller’s account has been disabled. Rest assured, we do not support this behaviour on our platform and will work with you to make this right!”