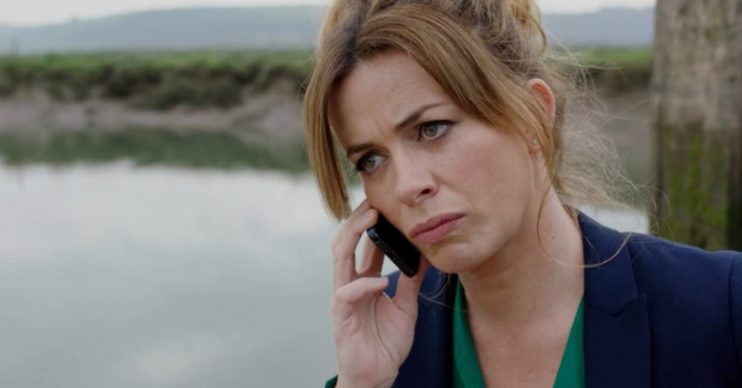 Some fans reckon it a third series wasn't worth it

Keeping Faith received a mixed reaction from viewers as it returned to TV screens for series 3.

While many were delighted to see it back on the box last night (Saturday, March 27), not everyone was impressed.

And even longtime fans were split over whether the third run of the Eve Myles drama was “captivating” or “all over the place”.

What happened in the first episode of Keeping Faith series 3?

This third and final series of Keeping Faith opened with Faith (played by Eve Myles) enduring a wearying custody battle with her ex Evan. To make matters worse, their teenagers are going off the rails.

Furthermore, Eve was receiving mysterious phone calls where the person on the other end wasn’t saying anything before hanging up.

Read more: Keeping Faith series three cast: Who guest stars? Is it the final series and is it on iPlayer?

Steve was also knocking about, pressuring Faith to speak to his friend – despite her wanting to leave Steve in the past.

And that’s just her home life. At work, a case concerning a father’s wish for medics to operate on his gravely ill son was also drawing solicitor Faith in.

What did fans enjoy about the first episode?

Dedicated watchers were thrilled that Keeping Faith had been given a prominent airing on BBC One on the weekend.

“So pleased the excellent Keeping Faith has been given a primetime slot on a Saturday evening. Great cast and writing,” tweeted one fan.

Star Eve Myles also proved as popular as ever with her fanbase, as did shots of the Welsh scenery.

One viewer cooed on Twitter: “Smashing opening episode to season 3 of Keeping Faith. Well done @TeamEveMyles you did not disappoint. Once again utterly captivated!”

Loved the first episode of the new series of Keeping Faith.

Another person agreed: “With all the troubles around the world right now, watching Keeping Faith has made people smile. Excellent performances by everyone. Outstanding.”

And a third observed: “Loved the first episode of the new series of Keeping Faith. @TeamEveMyles was wonderful, she has such an expressive face. Plus a new coat! Several storylines to follow. Beautiful scenery. Excellent!”

What were viewers not so keen about?

The pacing of the first episode seemed a bit ‘off’ to some of those watching at home.

One person wrote on social media: “A little disappointed with this first episode of Keeping Faith. So slow moving in parts, OH almost fell asleep. Setting the scene for future episodes but seems to be too many side plots. Action and tension missing.”

A second person agreed: “All over the place. Hoping it gets better as I loved the last two series #KeepingFaith.”

Others felt a lack of compelling storyline even meant the show had outstayed its welcome.

“Series 3 is reminding me why I gave up halfway through series 2. Where’s the storyline? #KeepingFaith,” one viewer concluded.

Another added: “Keeping Faith first series was the best, should have stopped there.”

And others were even blunter about feeling let down by the first episode.

“Hate to say it but Keeping Faith was a hard watch!” tweeted one person.

And another person remarked: “My God that was bloody awful  #KeepingFaith.”

Someone else called it “diabolically bad”.

#KeepingFaith a massive Thank you for all your brilliant messages and watching last night you have made my year!🙏🏻💛🙏🏻 pic.twitter.com/VaqWqsvBj4

– Keeping Faith series 3 airs on BBC One on Saturday nights at 9pm. All series 3 episodes are available to watch now on BBC iPlayer.