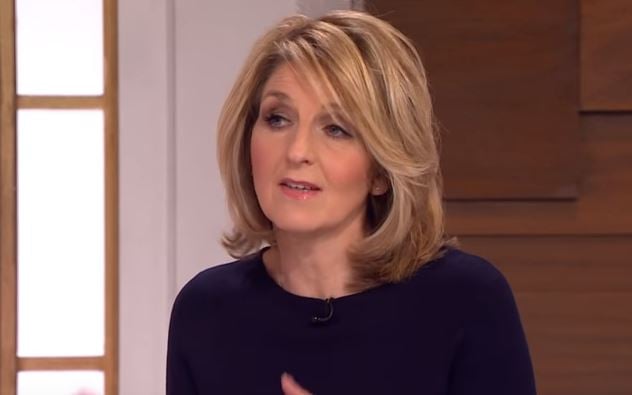 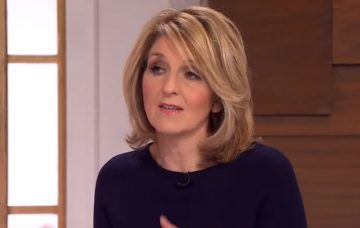 She let it all hang out

Kaye Adams gave Loose Women viewers quite an eyeful on the show today.

During a debate about whether a new Marks & Spencer shop window display is sexist, Kaye made her point by flashing her holey knickers to her fellow Loose Women – and the nation!

She declared that she was in fact wearing a pair of M&S pants and told the panel: “I don’t know whether you’d call them fancy – I call them my people knickers – do you want to see them?”

But she didn’t give anyone much of a choice as she then proceeded to pull her trousers down live on air!

Read more: Cheryl finally speaks on backlash against her

But Kaye, 55, certainly didn’t hold back as she happily hoisted up her white, ripped underwear to make her point.

She left everyone stunned as the garments appeared to be falling to rags and she didn’t care who saw.

However, her brave and bold move had the audience in stitches. Viewers also saw the funny side and took to Twitter to praise the star for keeping it real.

‘I would first of all choose them for Janet because The Grinch reminds me of you.’ We’re talking pants on today’s show, as Stacey selects a pair 😂@StaceySolomon pic.twitter.com/5O9SOzqlDu

Another wrote: “Loving @kayeadams on @loosewomen with her holey pants and her ‘all you can eat’ comment absolutely hilarious”.

Meanwhile, others urged Kaye to bin her old underwear… 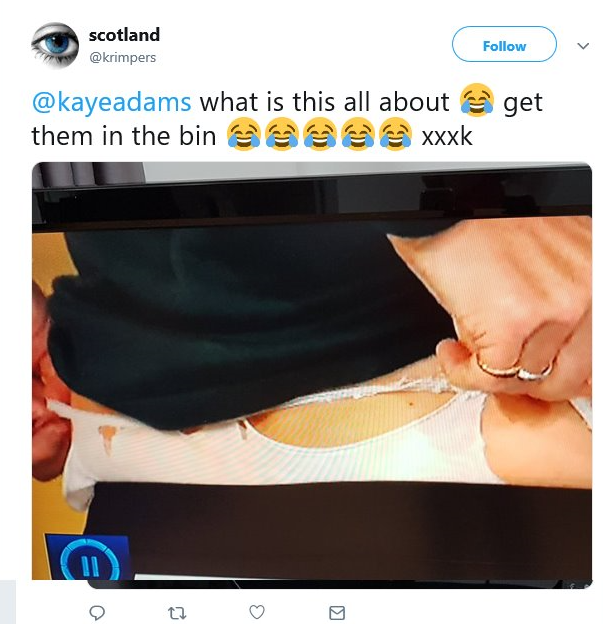 We certainly can’t fault Kaye for her guts!

What do you think of Kaye’s bold move? Leave us a comment on our Facebook page @EntertainmentDailyFix and let us know what you think.