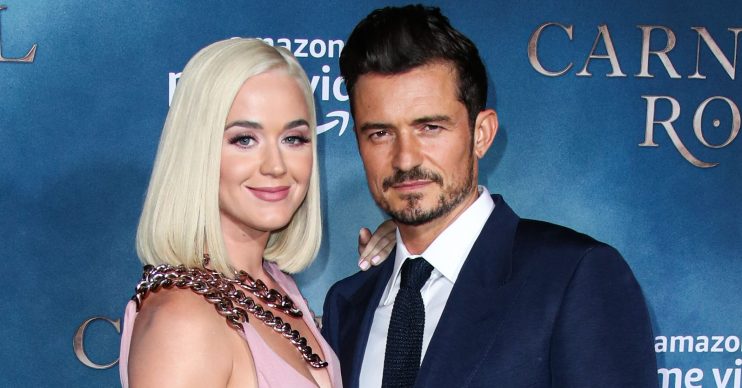 They got engaged last year

Katy Perry has announced she’s pregnant with her first child.

The 35-year-old singer dropped a huge hint in her music video for new Never Worn White that she was expecting when she cradled a baby bump in the footage.

She later confirmed her pregnancy, admitting it is “probably the longest secret” she has “ever had to keep”.

Speaking in an Instagram Live video, she began by saying: “I’m late … but you already knew that.

“There’s a lot that will be happening this summer, not only will I be giving birth – literally – but also figuratively to something you guys have been waiting for.”

There’s a lot that will be happening this summer, not only will I be giving birth – literally – but also figuratively to something you guys have been waiting for.

Katy admitted she and her fiancé Orlando Bloom – who has nine-year-old son Flynn with ex-wife Miranda Kerr – are “excited and happy” about their baby news.

She said: “So let’s call it a double whammy, a two fore.

“I’m excited, we’re excited and we’re happy – and it’s probably the longest secret I’ve ever had to keep.

wonderful weekend of being love and celebrating love, congrats to a beautiful union @karliekloss @joshuakushner ❤️

“I knew I would tell you in the best way, which is through a piece of music because that’s how I speak to you.”

And she joked: “I had to reveal it at some point, because it was getting pretty obvious.”

Katy also admitted she has been craving spicy foods, but has gone off beef.

She added: “[I] literally never cared for spice and now I have to carry Tabasco sauce in my purse.

“Foods that gross me out now are beef. I’m not really into red meat, thank god for the Impossible Burger.”

Last year, Katy appeared to confirm reports she and Orlando were engaged on Valentine’s Day.

The singer and actor shared the same image of themselves on Instagram on Friday, posing together with a large jewel-encrusted ring on Katy’s finger.

In the close-up image, Kerry’s pink jewel is set against the backdrop of red heart-shaped balloons.

Katy wrote “full bloom” in the caption alongside her image.

Last month, she shared a string of photos of herself and Orlando to Instagram alongside the caption: “One year ago I said yes to a life of love and evolution… and definitely never a dull moment.”