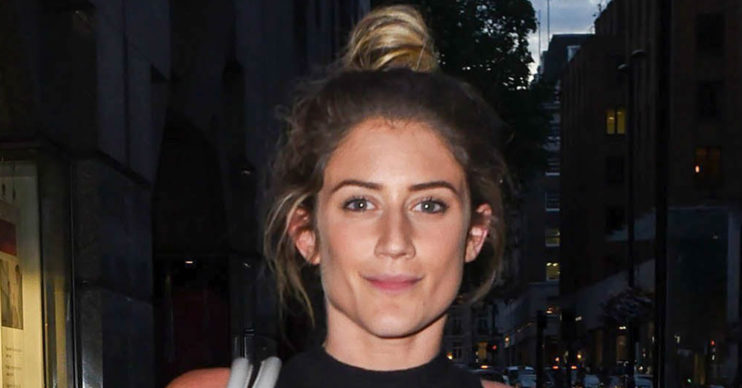 Katie Waissel claims she was sexually assaulted by a member of The X Factor team.

In a new interview, she says an unnamed person assaulted her in the US, some years after she reached the semi-finals of the X Factor in the UK.

She claims the incident took place at a luxury hotel.

What did Katie Waissel say?

Speaking to The Sun, Katie said: “I was a victim but I wouldn’t allow myself to recognise just how terrible it had been.”

She added she never spoke before as she feared she’d end up “blacklisted and never work again”.

“I was vulnerable but times have changed and I now feel bold enough to speak out.”

She added that she still feels haunted by the smell of the alleged perpetrator.

What have Syco Entertainment said?

A spokesperson for Syco Entertainment said: “We were made aware via the media of Katie’s claims in Autumn 2017 and we immediately contacted her and began an investigation.

“We were naturally shocked at the allegations and wanted to do anything we could to help – so we asked her to lodge a complaint with us and detail the allegations for that purpose.

“In the interim we suspended the accused. Despite a number of requests to Katie asking her to detail the claims to us, she chose not to make a complaint over his behaviour.

“As a result, and without other evidence to the contrary, we were obliged to accept his denial of the claims. We, of course, remain ready and keen to investigate her claims if she so chooses to detail them to us and even though the alleged perpetrator no longer works for either Syco or Sony Music.”

Katie said she didn’t make a formal complaint because she was pregnant at the time.

After reaching the semi-finals on The X Factor, Katie had success as a solo singer.

This included her charity number one hit cover of David Bowie’s Heroes in 2010 with fellow X Factor finalists.

Meanwhile, in 2016 she competed on Celebrity Big Brother, and became evicted in eighth place.

What else has Katie said about The X Factor?

In recent years, Katie has spoken out against her experience with The X Factor on several occasions.

In fact, just days ago, she told Closer magazine that the whole experience had left her feeling suicidal.

She said: “We all had to go through media training – almost a type of brainwash – ensuring we never said a bad word about the show or those that worked on or alongside it.

“We all had to go through media training – almost a type of brainwash – ensuring we never said a bad word about the show or those that worked on or alongside it.

“I had experienced such a low point when I was trying to rebuild my life, that I had frighteningly found myself contemplating suicide.”

An X Factor spokesperson said: “Duty of care to our contestants is of the utmost importance to us and has evolved each year.

“We take welfare very seriously and have measures in place to ensure that they are supported.”

*Samaritans (116 123) operates a 24-hour service available every day of the year. So if you prefer to write down how you’re feeling, or if you’re worried about being overheard on the phone, you can email Samaritans at jo@samaritans.org.