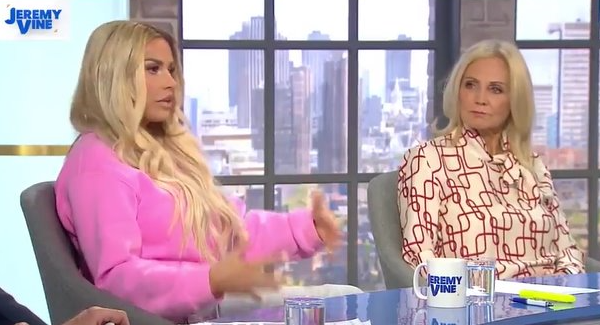 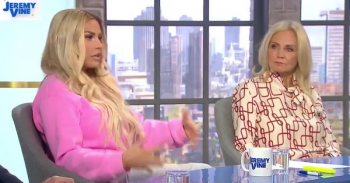 She has written goodbye letters to Katie and the family

Katie Price’s terminally-ill mum Amy was in tears today as she spoke about arranging her own funeral in front of her daughter.

Katie and her mum appeared on The Jeremy Vine show to talk about her condition today, but Amy broke down when she spoke about saying goodbye to Katie and the rest of the family.

Katie managed to keep it together and spoke on her mum’s funeral plans, insisting that at least she can plan ahead.

The mum-of-five added that they are now trying to make as many as memories as possible with Amy, who was given five years to live when she was diagnosed.

“We’ve been advised to make memories, have special moments… because you could just lose someone just like that,” Katie continued.

Mum-of-three Amy then welled up as she explained that she has been writing goodbye letters to Katie and the family.

Finding it hard to get her words out, the 64-year-old said: “You write letters but I want my funeral to be a good one, because I will be there.”

Katie appeared tense as her mum wept. She reached out to hold her arm, telling her: “It’s not happening yet.”

The former glamour model also admitted that her siblings don’t like her to talk so bluntly about their mother’s funeral.

“My brother and sister are like, ‘Kate don’t talk about that’, but my mum can plan her own funeral and have it exactly how she wants it,” she said.

Amy has recently been spending time in Spain with Katie’s stepdad Paul, as she finds it easier to breathe in the warmer climate.

During a joint interview with Katie on Loose Women earlier this month, Amy said she hoped the warmer air will help ease her lung condition.