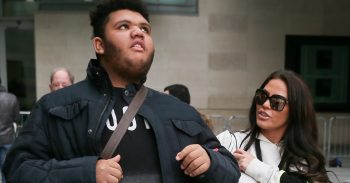 The teen lives away from home during the week

Katie Price made the tough decision to put her disabled son Harvey into residential care, but she has now revealed he “hates” coming back to her home.

Former glamour model Katie made the confession in an upcoming episode of her reality series, My Crazy Life.

Earlier this year Katie decided that 17-year-old Harvey, who has autism, Prader-Willi syndrome and is partially blind, would move to a residential care home during the week after she began to struggle to care for him on her own.

But now he is refusing to stay at his mum’s mansion in Horsham when he comes home at weekends, so they’ve been staying with Katie’s partner Kris in Kent.

The 41-year-old star said of her eldest son: “Now when he comes home (from residential care), he hates Horsham, so for now, we are just going to have to spend the weekend at Kris’s.”

In a scene filmed with Harvey, Katie asks him: “What do you hate about the Horsham home?”

The mum-of-five asks Harvey if there is anything she can do to make him stay at Horsham, but he says: “No thank you.”

Harvey adds: “At Kent is the best. I want to stay in the bunk bed at Kris’s.”

Happy 17th Birthday to this amazing man that I’m lucky enough to be able to call my Mate! 🎂💚

Trying to get Harvey settled at home isn’t the only stress Katie and Kris have had recently.

They have also been disagreeing about when to have a baby.

Katie, who announced she is engaged to Kris on Loose Women last week, recently visited a fertility clinic as she is keen to add to her family. 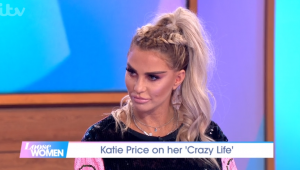 In a scene from her show, Katie discusses the best time to have a baby with Kris as her doctor advised to try sooner rather than later.

Kris says: “I’d have a baby tomorrow if it was with the right person.

“But you ain’t getting no kid until you’re divorced, that’s for sure!”

With tension in the air, Katie goes back on her word and retorts: “I didn’t say I wanted a kid with you.”

Kris adds: “I don’t want to feel like I’m being forced to have baby.”