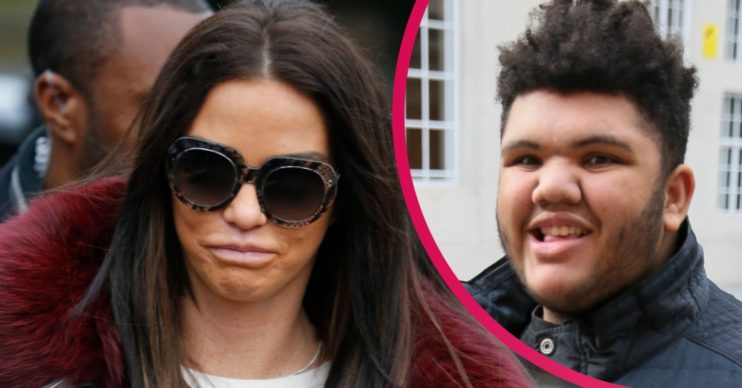 Former glamour model Katie Price‘s eldest son, Harvey, remains in intensive care and could reportedly be there for weeks.

The reality star, 42, was beside herself when the 18-year-old – who suffers from health issues including blindness and Prader-Willi syndrome – was rushed to hospital.

Earlier this week, he had a high temperature and was experiencing breathing difficulties.

How long is Harvey expected to remain in hospital?

And according to an insider, it could be some time before Harvey is able to go home.

Speaking to The Sun, a source claimed: “Harvey’s a fighter and being very brave, but he’s not out of the woods yet. He’s still very seriously ill and could be in intensive care for weeks yet. His health issues are so complicated that everyone wants to make sure everything is treated. It’s heartbreaking for Katie.”

A representative for Katie told the publication: “Harvey remains as a patient in ICU and is expected to be in hospital for a little while yet.”

Could be in intensive care for weeks yet.

Harvey does not have coronavirus. He is reported to be in due to a “complex” medical condition.

Katie told fans, in an update earlier this week: “Hey everyone thank you again for your messages means a lot to me.

“I’ve left the hospital for the evening and can confirm Harvey is still in intensive care & medical condition remains complex. I love him so much, he is so brave and fighter [sic].”

Only weeks ago, Harvey went into hospital after having chest pains.

His worried mother feared he was having a heart attack.

She said previously: “Harvey had chest pains during the day so I panicked that he might have coronavirus. I was also terrified he might be having a heart attack because he’s high risk due to his obesity.

“Harvey said he felt like he had needles in his chest, so I called an ambulance and had a friend come and look after the other kids. With Harvey and all his health conditions, you simply can’t mess about.”