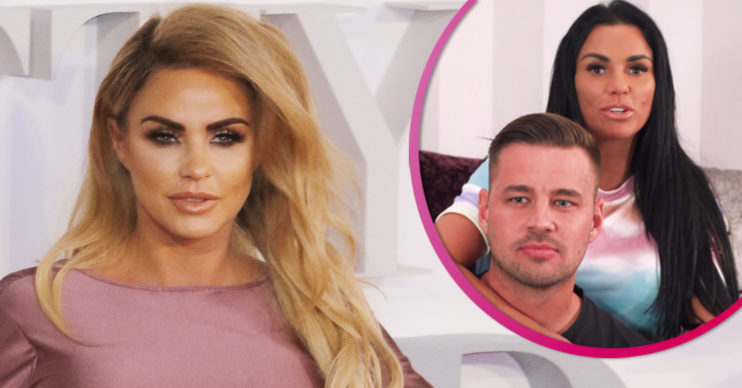 Katie and Carl jetted off to get their gnashers done

The model and Carl jetted off to Turkey recently to get new gnashers as well as enjoy a family holiday with her two kids Junior and Princess.

Carl revealed his pearly whites in a boomerang clip on Instagram on Thursday.

The short clip showed him moving his tongue between his teeth.

Carl wrote: “@dental_centre_turkey Thanks for the new hampsteads…. they are the business!

“#pearlywhites I highly recommend anybody that wants their teeth done to have it done there.”

His followers were divided over his new teeth, with some saying they look too fake.

I highly recommend anybody that wants their teeth done to have it done there.

Another wrote: “They look unnatural.”

One commented: “They look perfect but I bet they were a huge dent for the pocket.”

Another wrote: “They look decent!”

One said: “They look amazing mate.”

Meanwhile, Katie and Carl recently returned home from Turkey after enjoying a getaway with her kids.

However, during the trip, Katie broke both her feet after reportedly jumping off a wall at a theme park and fracturing both heels.

She shared a photo of her bandaged feet to Instagram and wrote: “Yes it’s true I have broken my ankles and my feet.

“I have to have both feet operated on and pins put in, I won’t be able to walk for 3 to 6 months. @carljwoods is being amazing looking after me.”

In a YouTube video later, Katie said: “Silly little accident. I was running, jumped over a wall because it was a little short cut.

“And I didn’t really judge the height. I fell funny on my ankles. I fractured the hairline in my heels and stuff.”