Reality star Katie Price's youngest children were said to have been "in tears" when they saw her face after her latest round of plastic surgery.

The former glamour model, 41 recently went under the knife again following a number of cosmetic procedures earlier this year.

Katie's two with ex Kieran Hayler, five-year-old Bunny and Jett, four, reportedly struggled seeing their mum "full of stitches" when she returned from the operating table.

Read more: Katie Price's family 'want her to go back to rehab for surgery addiction'

A source quoted by The Sun claimed the youngsters were upset over Katie's appearance and had no idea what had happened.

They told the paper: "Bunny and Jett thought something awful had happened to their mum as she was covered in blood and they could see the fresh scars. They were in tears as she tried to explain to them."

Who knows what they're thinking.

Another source said: "Jett and Bunny are too young to really understand what their mum is doing to her body. Time after time they're left confused about why she keeps appearing battered, bruised and full of stitches after her latest surgery.

"Who knows what they're thinking. It's a wonder the kids don't have appearance issues already. She's not setting a good example to her children." 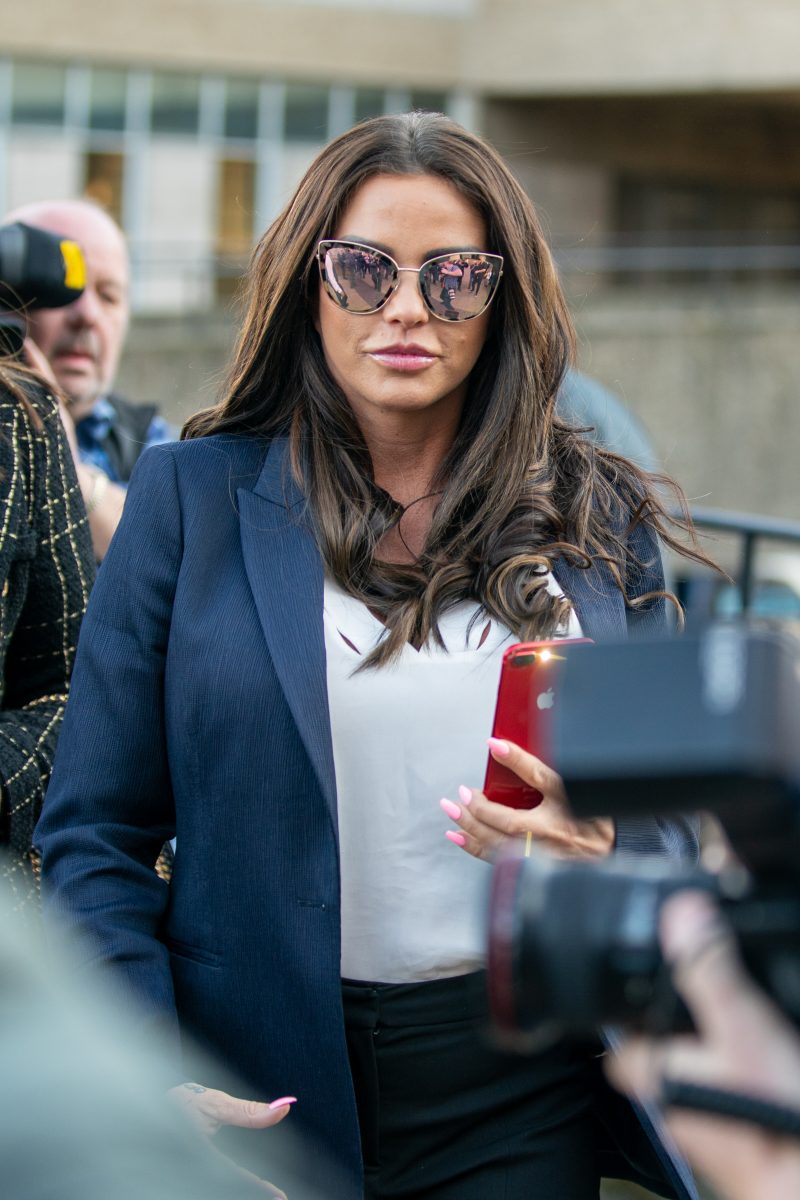 Katie's believed to have had surgery a number of times this year (Credit: SplashNews.com)

In April, the mum of five was pictured hiding her face in a family photo after reportedly flying out to Turkey to go under the knife.

The Sun shared photos of the model shortly after, showing her looking tired and needing help to move around.

Scenes of the aftermath included in Katie's realtiy series, My Crazy Life, revealed that the former I'm A Celeb fave had resorted to using a potty while she healed.

But it turned out that Katie was still unhappy with her looks.

Speaking on Flex FM radio since then, the star was asked if she is going on holiday this summer and replied: "I am, back to Turkey! 'What's she gonna have done?'"

She went on to joke that her face is constantly changing, adding: "If I got arrested a lot of times, my mug shot, [bleeping] hell... what are they going to do with it? I look different in every single one.

"But that's me, the ever changing Pricey. I'm a chameleon. Speaking of Chameleon, I think we should play that song."

It followed a conversation with The Mirror's We Love TV mag, in which she admitted she will never stop getting cosmetic surgery.

"I love seeing results after surgery and I will always want to change something else," she told the publication, adding, when asked if she will ever stop going under the knife, "No!"