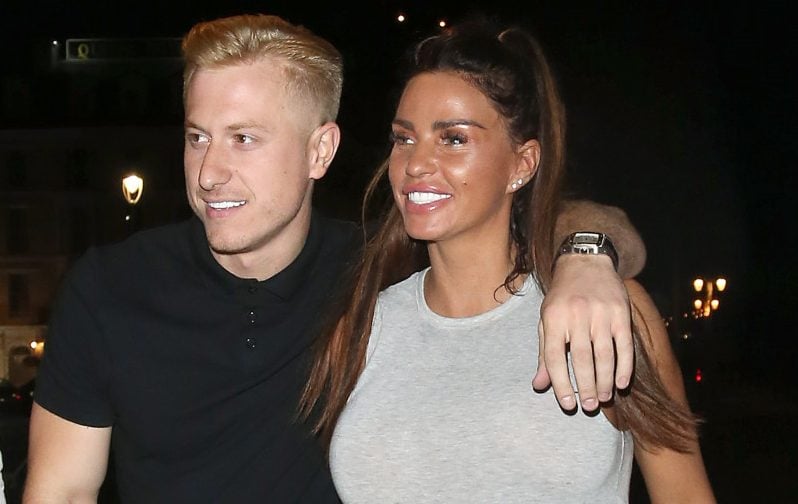 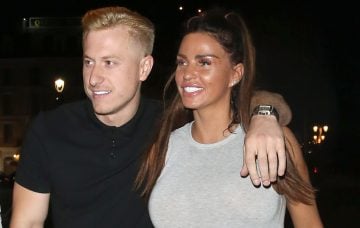 Kris was having an engagement ring made when they split

Katie Price’s ex-boyfriend Kris Boyson has said he was having an engagement ring made before their shock split.

The former glamour model enjoyed a brief romance with weight loss specialist Kris, after they were introduced by a mutual friend.

Katie, 40, went public with their relationship in June, saying Kris “ticked all the boxes”, but by August, the romance had fizzled out and Katie was pictured getting cosy with another man on holiday in Majorca.

Kris, 29, has now broken his silence on their break-up in an interview with the Sunday Mirror, claiming he was ready to marry Katie.

He said the couple spoke about getting married and having kids together from the moment they became an official couple.

He said: “Katie said she had never been engaged properly. It had all been for TV, so I wanted to surprise her and propose to her. One of my mates is a jeweller in Hatton Garden and he was doing the ring.

“I was ready to go and speak to her dad and ask for his permission.”

Kris said the relationship ended when Katie began having nights out without him and was seen holding hands with another man in the street.

They had a last-ditch romantic holiday to Scotland but he says Katie then flew to Majorca for her friend’s hen do, where she met up with the other man and that’s when he knew the romance was over.

“I was willing to take on her kids and I would have adopted Harvey,” he said. “I wanted to settle down and have kids but she wanted the party life.”

Katie has not responded to Kris’ interview yet.

She’s mum to son Harvey, 16, from her relationship with Dwight Yorke, kids Junior, 13, and Princess, 11, from her marriage to first husband Peter Andre, and Jett, five, and Bunny, four, with estranged third husband Kieran Hayler.

Kris had been pictured with Harvey, Jett and Bunny during his relationship with Katie.

He’d been working with Harvey on a weight loss management programme, after Katie hired him to help the teenager, who has Prader-Willi syndrome, a rare condition causing an excessive appetite and overeating.

The star returned to the UK from Majorca earlier this week and sent a now-deleted tweet saying she was “sick to death” of negative and false stories being written about her.

Meanwhile, Katie said in an interview with OK! Magazine earlier this year she wasn’t intending to marry Kris.

When asked if he could be her husband number four, she said: “I’m not even divorced yet! Look, he’s definitely not going to be another Mr Price. But along with my close family and friends, he’s one of the people who makes me very happy. I love being in his company.”

Kris announced their split via Instagram Stories, telling fans: “”This wasn’t an easy decision for me to make, however @officialkatieprice and I are no longer together!

“Who knows what the future will bring but I wish her all the best!!”

Katie has since removed all trace of Kris from her own social media accounts.

What do you think about this story?  Leave us a comment on our Facebook page @EntertainmentDailyFix and let us know what you think!