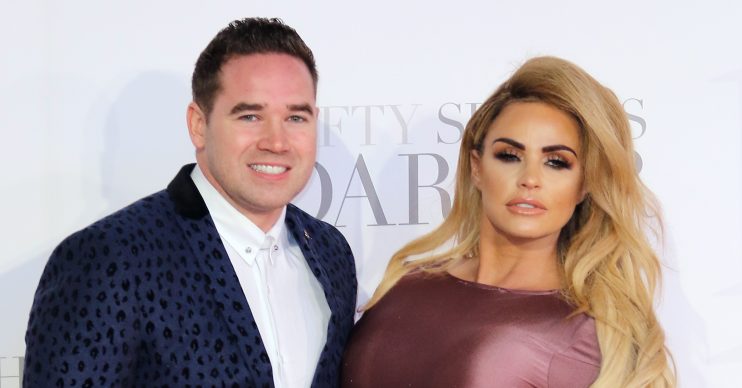 The former stripper confessed to three affairs during their marriage

Katie Price’s ex husband Kieran Hayler has claimed they “made up” his sex addiction after he cheated on the former glamour model multiple times.

The pair – who share children Jett and Bunny – officially announced their separation in 2018 following a string of cheating scandals.

The dad-of-two previously admitted to suffering from a sex addiction after Katie, 42, publicly accused him of having an affair with her best friend while she was pregnant.

Kieran also confessed to being unfaithful with their kids’ nanny and Katie’s friend Chrissy Thomas behind her back.

Despite his previous misdemeanours, the 33-year-old has since admitted he does not have a sex addiction and the claims were “all made up.”

Speaking to former X Factor star Stevie Richie’s live stream, the Daily Star reports Kieran said: “I definitely don’t have a sex addiction. It was all made up.

Katie’s reps told Entertainment Daily: “Kieran did not give or agree to any interview, and will not be giving one – Kieran was unaware journalists were on the live stream.

“Kieran never intended to highlight or bring any attention to this matter and or upset Katie and the family,

“Kate and Kieran are on good terms and continue to be so, the focus is foremost on being civil and positive co-parenting of their children.

“Occasionally words can be taken out of context, Kieran and Katie have both previously spoken on the record on this subject, a subject that is no longer available for further comment.”

What has Kieran previously said about his addiction?

In 2017, Kieran revealed he would never be cured of his “addiction” after seeking help from a specialist.

He shared on Loose Women at the time: “It’ll never be gone, it’s just how you deal with it.

“I broke down completely but the only way you can ever help yourself is that you have to want to help yourself.”

Read more: Emmerdale’s Lucy Pargeter opens up about struggles of being a single mum in lockdown

Just one year later, Kieran opened up on his supposed addiction on Katie’s reality show My Crazy Life.

The former stripper admitted: “Sex addiction is very complicated to deal with. It could strike at any time.

“It’s when I’m feeling low or if Kate does something I’m not happy about, it’s a way of making myself feel better.”

Katie and Kieran married in January 2013 after a whirlwind romance.

The dad-of-two has since gone on find love with Michelle Pentecost, with Kieran proposing to her in the Maldives earlier this year.

Despite their differences, Katie and Kieran continue to co-parent their children Jett, six, and Bunny, five.

She recently praised him and former husband Peter Andre for their help during a difficult time.

She told The Sun: “They are great dads – I know the children are in safe hands.”