Fans of Katie Price have rushed to defend the former glamour model after trolls on social media accused her of using her phone at the wheel.

The mum-of-five, 41, shared a clip on Instagram that appeared, at a glance, to show her filming with her mobile phone while driving.

But Katie makes it plain in the video that she's being "chauffeured" and isn't driving the vehicle herself.

📻 On my way to the radio station woo!

Read more: Katie Price discovers she has been 'targeted by gangsters planning to kidnap her'

She then waves her camera around the car briefly to show her nanny Lauryn, who pouts in the seat next to her before concentrating once more on the road.

Some of Katie's followers in the comments thought she was behind the wheel, as she's seen sitting in the right-hand seat.

Seriously? Did you even listen to what she said!?

One said: "Filming while driving [is] not good is it, Katie?"

But Katie's loyal fans rushed to her defence, with one writing: "She is being chauffeured, no law being broken."

Someone else commented: "Does say she's being chauffeured by Lauryn, that clearly means that she's not driving!"

A third exasperated fan said: "Seriously? Did you even listen to what she said!?"

It follows Katie's recent break up with her fiance Kris Boyson, whom she had been dating on and off since last year.

The pair only recently enjoyed a trip to Turkey together - Katie to get more cosmetic surgery and Kris so he could get his nose done.

Following their split, Katie is said to have demanded half the cash for the work Kris had done, with a source telling The Sun she was returning his possessions through a mutual friend and wanted cash too because she had "paid for half" his nose job. 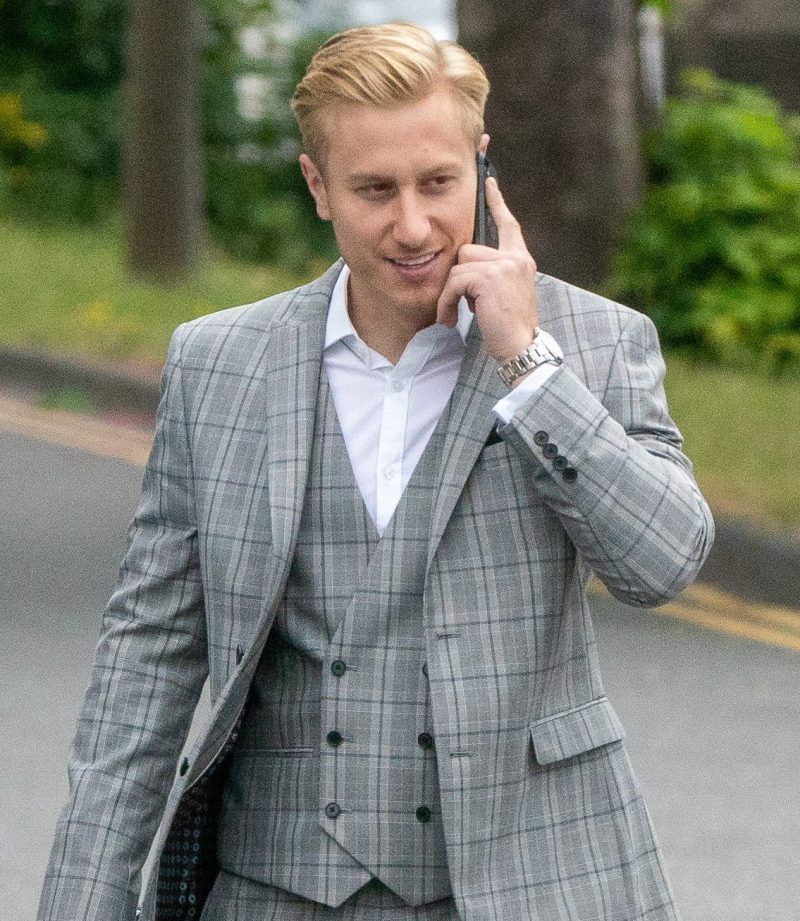 Katie and Kris had been dating on and off for more than a year (Credit: SplashNews.com)

Katie, who was said to have dumped Kris by text, has reportedly already moved on with younger toyboy Charles Drury and even welcomed him into her home.

But according to reports she's not taking any chances - and has confiscated his phone amid fears that details about her personal life could be passed on to the press.