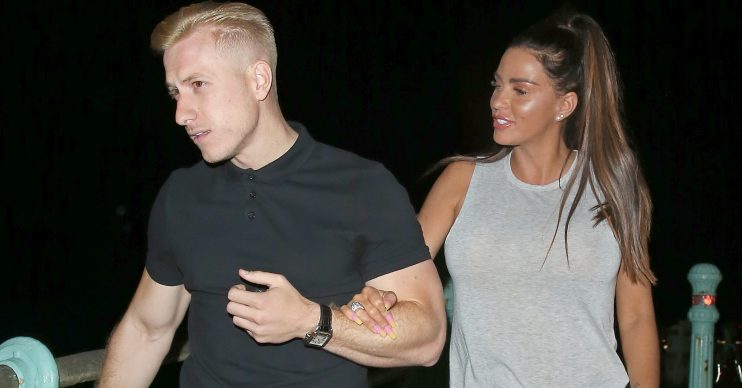 Are they, aren't they?

The Katie Price and Kris Boyson saga has taken a new twist.

For the first time, the personal trainer has responded to news reports claiming that he and Katie are no more.

And he’s hinted that things might not be as bad between the two as first thought.

Katie was said to have dumped fiancé Kris in favour of a new toyboy.

The former glamour model, 41, reportedly ended their engagement via text message and was reported to have been dating builder Charlie Drury.

Kris, 29, spoke for the first time about the reports when he appeared on Lizzie Cundy and Stephen Leng’s Fubar Radio show.

When she asked him about the state of his and Katie’s relationship, he said: “Err… It’s all a bit… Everything is up in the air at the moment.”

“If you send me the location, then I’ll be right there” 🎼

Lizzie then pressed him on whether he was enjoying the single life.

“I’m not going to say a bad word about who you’re asking about. She’s a lovely girl,” he replied.

“There’s a lot of stuff in the background that people don’t know about in relationships,” he then said, cryptically. “You can’t always believe what you see in the press. Both me and Katie had a hard time in the relationship in the press. You just have to deal with a lot of s*** and I’ve learned that.

“Sometimes it’s better if I keep my mouth shut.”

Read more: Fans rush to Katie Price’s defence as trolls accuse her of using her phone at the wheel

Kris’s comments come after a string of incidents during the couple’s time together.

Recent clips from her reality show suggested that Katie, 41, caught Kris texting a ‘mystery woman’, which threatened their relationship and triggered her insecurities.

It was also reported that Kris was seen throwing her possessions out of his home in bin bags, as a showdown between the pair loomed.