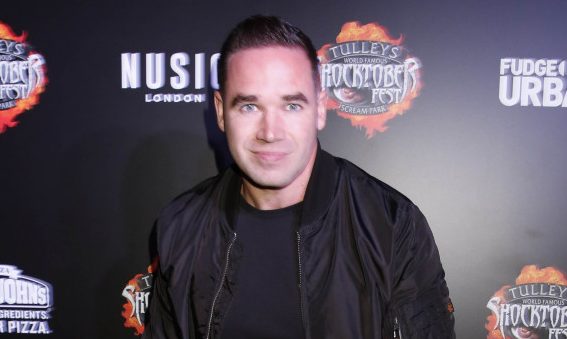 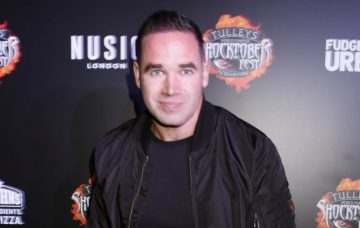 He called it a "toxic" relationship

Kieran Hayler has said his loved ones are pleased he’s split from wife Katie Price.

The former plasterer and stripper told Now magazine he’s been inundated with support from friends following the breakdown of his marriage to Katie, 40, earlier this year.

And his friends’ remarks aren’t too flattering to his ex…

Kieran, 31, said his pals “have supported me all the way. A lot of them are glad that I’m out of a toxic relationship because it ended up becoming a bit of tit-for-tat.”

He also said he’s hoping to get children Jett, five, and Bunny, four, for Christmas this year.

However, he acknowledged that he and Katie have to work out the details, saying: “I’ll split it with Kate, but we’ve got to work all that stuff out. It would be lovely to have them for Christmas. Fingers crossed.”

Kieran and Katie split in May after she accused him of getting cosy with a 19-year-old shop assistant.

She’d previously taken him back after he slept with her friend, Jane Pountney, and she also accused him of sleeping with their kids’ nanny a few years later.

Meanwhile, Kieran – who is now dating new girlfriend Michelle Penecost – shared a cryptic message to Instagram recently, about starting anew and it never being too late to change your life.

It was shared alongside a photo of him outdoors, looking into the distance.

He wrote: “Your life is in your hands. No matter where you are now, no matter what has happened in your life, you can begin to consciously choose your thoughts and you can change your life. There is no such thing as a hopeless situation. Every single circumstance of your life can change.”

Katie recently entered a voluntarily rehab to treat post-traumatic stress disorder following a difficult year that saw her marriage end and her mother diagnosed with an incurable lung disease.

The former glamour model, who is also mum to Harvey, 16, Junior, 13, and Princess, 11, is reported to have left rehab and briefly entered a residential clinic, before leaving that, too.

It’s been claimed Katie is now back together with ex Kris Boyson, although neither has confirmed that.

Katie was arrested on suspicion of drink-driving earlier this month, after her car was found stationary on a street in South East London with signs of damage. She was released under investigation.

What are your plans for Christmas? Leave us a comment on our Facebook page @EntertainmentDailyFix and let us know what you think!