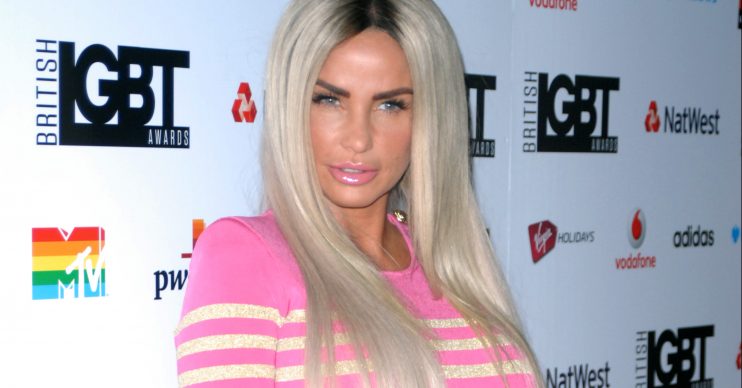 School's still out for Katie and her kids

Katie Price just can’t seem to get out of the headlines at the moment, and she finds herself there yet again after her children apparently missed their first day of school.

Katie and her family have been enjoying a family holiday in Turkey, and it looked like Katie really enjoyed her time away from the UK.

She and her children reportedly landed back in the UK at 2am this morning, which meant that they had missed their first day of school following the summer holidays.

The star, 41, and her kids were greeted by a four-man armed police escort and Katie was sure to give them all a little peck on the cheek for their good work.

Katie was wearing a sombrero, clearly still in the holiday mood, and she capped off the look with a pair of very revealing PVC trousers.

The family were accompanied by a lot of luggage, much more than you could get away with bringing onto most airlines.

Katie had reporetdly gone to Turkey to have a consultation with her cosmetic surgeon, and while over there she ended up getting rather friendly with a new man, Charlie Drury.

Now it has been reported that Katie is all set to face her ex-fiance Kris Boyson, who was recently seen throwing her possessions out of his home in bin bags.

Love going on holiday with my kids 💕 so upset it’s back to school soon! Bikini is from my @jyylondon collection 💋

It was suggested that she broke up with him via text, and Kris revealed that he wanted a final showdown when she returned to the UK, so that should be happening sometime soon.

A source told The Sun that Kris has “demanded” that Katie meets him when she arrives back in the country.

The source added that Kris feels meeting up is “the least she owes him after the public humiliation”.