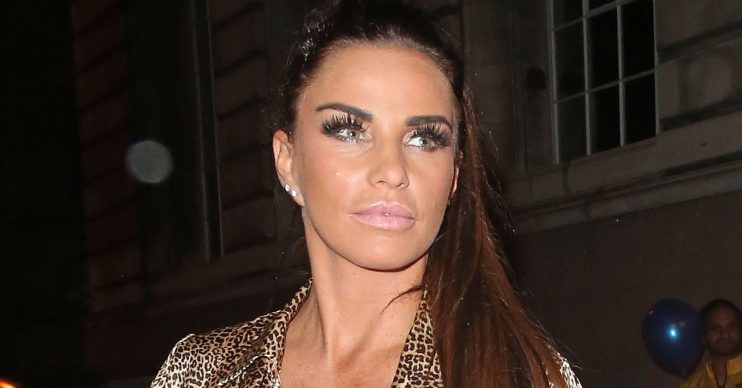 And she's asked Kerry Katona to help set them up!

Last week she vowed to stay single till she found someone worthy of her time.

Now it appears Katie Price has decided that Spice Girls singer Mel B is that person.

It’s been reported that Katie declared at her Liverpool make-up masterclass last week that she “needs to be a lesbian” as men “just f**k about”.

Fans at the event claim Katie said: “Maybe that is a good idea. Maybe I’m a lesbian. I’ve been there, done that and got the T-shirt, but I’d do it again.”

And it appears she’s set her sights on Mel, who dated her ex-husband Peter Andre in 1996.

Sources told Closer: “Katie’s happiest when she’s creating controversy. She mostly does it for the shock value, but it was like a light bulb went off when she joked about being a lesbian. She saw the surprise it caused in the crowd and realised it could help her make headlines.”

They added that she’s been “mulling it over” and thinks a “close friendship with a woman” could also help her learn to trust and love again – not to mention make a fortune out of publicity deals.

Katie’s pals are apparently worried it’s a step too far, but she is said to see it as a way to get herself out of debt and claw her way back to the top following her recent bankruptcy.

The model, who has five kids, has even apparently asked her friend Kerry Katona – who is a close friend of Mel’s sister Danielle Brown – for her phone number.

If there were a spark, she thinks it’d be an amazing opportunity to make money from it as a lesbian power couple.

The source said: “Katie wants Mel because she’s always admired how Mel has been so upfront about her sexuality and love of sex. They’re both mums and have had their share of failed marriages, so she thinks they have lots in common. If there were a spark, she thinks it’d be an amazing opportunity to make money from it as a lesbian power couple.”

Mel is also said to be Katie’s girlfriend of choice because she likes the idea of annoying Pete by getting close to his old flame.

“Katie would love to get a reaction from Pete and wind him up. She thinks a romance with Mel would do the trick, and believes he will become irritated if the two of them start getting close. It’s never nice when two of your exes join forces and that’s what she wants to happen,” the source concluded.

The claims come after Dancing On Ice bosses made a play for Katie to appear on the show.