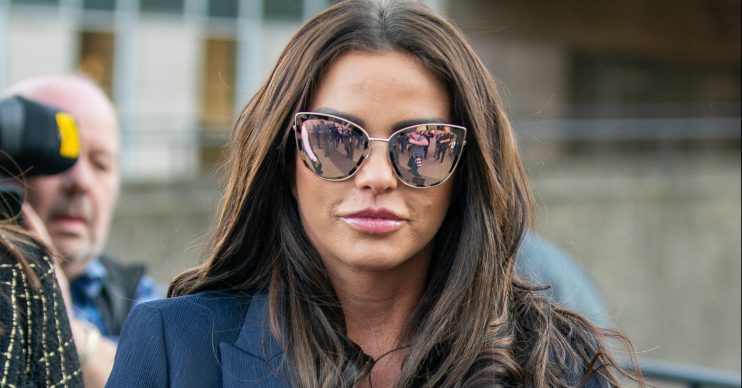 Model Katie Price has vowed to stay single until she finds someone who is worthy of dating her.

The mum-of-five split from on/off beau Kris Boyson last year, just a day after she was declared bankrupt.

Vowing to make 2020 her year, Katie has said that she intends to be more “private” as she embarks on her fresh start.

Taking to Instagram Stories to reveal her plans, Katie shared a string of motivational quotes.

One declared: “Stay single until someone actually compliments your life in a way that makes it better to not be single. If not, it’s not worth it.”

Another said: “I’m single and it’s staying like that until I’m absolutely sure I meet someone worth the try.”

She also shared a quote about being a single mum, which set out her intenions when it comes to looking for love in the future.

It read: “Thins to know before dating a single mum. I’m not looking for a father for my children, I’m looking for a partner for me.”

Katie revealed that she is also a believer in fate as she declared that we don’t meet people “by accident, they are meant to cross our path for a reason”.

The telling inspirational quotes were also accompanied by a note from Katie, which set out her desire to be more private from now on.

Asking her friends to DM her their number, she added: “I’ve decided to be more private and start fresh!”

I’m single and it’s staying like that until I’m absolutely sure I meet someone worth the try.

The model also responded to newspaper headlines which said she was “furious” and “doesn’t need a rich bloke” to battle her way back from bankruptcy.

She wrote: “Thank you, true headline.”

Katie also opened up about going out on dates.

She said: “I’m entitled to go on dates if I like and see people and enjoy myself now I’m single and concentrating building my empires back [sic]!”

She added: “I’ve never needed a man’s money and never will.”

Katie concluded: “I will continue being friends and going out whether male or female, doesn’t mean any romantic connection at all. It’s all a new journey.”

The news comes as it was reported that Katie is set to finalise her divorce from Kieran Hayler “within weeks”.