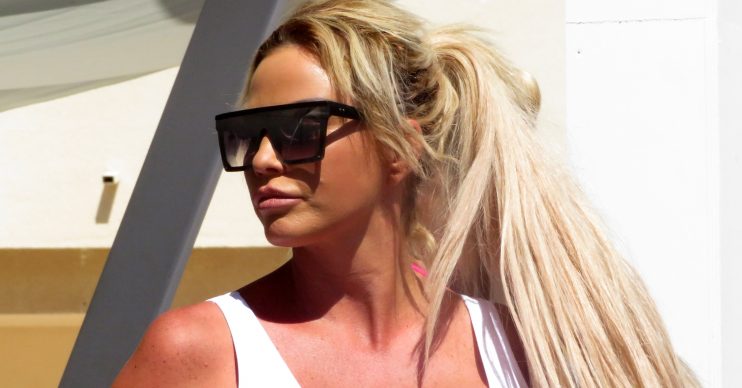 Katie Price to lose ‘mucky mansion’ home as she heads back to court?

Katie Price could be in danger of losing her Sussex mansion as she is due back in court over bankruptcy repayments, according to reports.

In 2018, Katie had made an agreement with debtors which reportedly allowed her to pay £12,000 a month over the course of four years.

However, the former glamour model has to return to court next month after a bankruptcy petition was placed against her £1.35 million, nine-bed home, according to The Sun.

This means that creditors could take her home away from her unless she pays off her outstanding debts.

The mum-of-five, 41, managed to avoid being declared formally bankrupt after her proposed payment plan was accepted by the courts.

Katie blew her entire estimated £45 million fortune and has reportedly amassed debts estimated to be between £250,000 and £500,000.

Can you all give @celebrityglobaluk a follow – best celebrity concierge ❤️👌🏻

Katie purchased the mansion for £1.35 million in October 2014, but she struggled with the upkeep and let it fall into a state of disrepair.

Aerial pictures of the property highlight its shabby exterior, with abandoned toys in the garden and a filthy swimming pool covered in slime and mould.

Speaking on her reality TV show My Crazy Life earlier this year, Katie blamed the mess on ex Kieran Hayler, saying he should have cleaned up because he was a stay at home dad.

“I’ve decluttered a lot it and everyone who’s been in my house has said how much better it is. Since Kieran has gone this place is now starting to look how it should be looking,” Katie said.

It comes as Kieran addressed Katie’s rumoured new relationship with Charlie Drury, who she is said to have now moved into her home following a holiday together with the kids.

He told New! magazine: “Katie’s obviously not going to talk to me [about Charlie]. I don’t think anyone knows what the truth is apart from those two.”

Kieran added: “All [Jett and Bunny] have said is that they had a great time. They raved about it and that made me think they were unaffected by who was there and what went down, which is all I can ask for.”