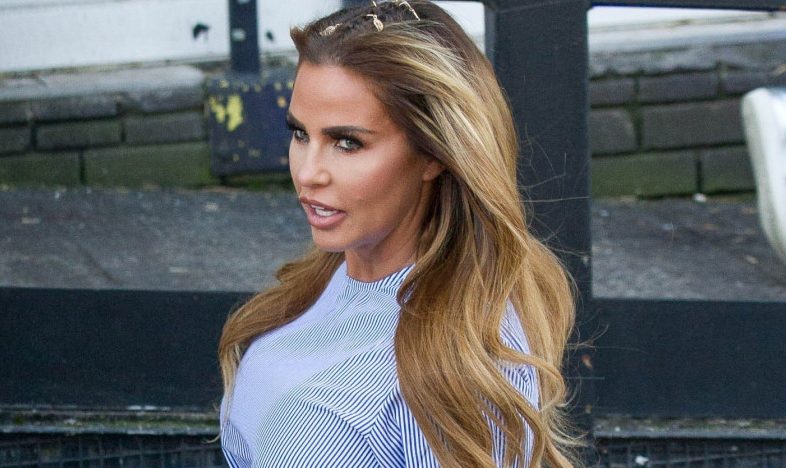 She narrowly avoided bankruptcy last month but Katie Price has apparently spent four figures on a new German Shepherd puppy as a gift to herself.

The 40-year-old, who also keeps horses, is said to be missing the company of her pets after she had to sell some to make ends meet.

It comes after she bought a dog of the same breed in October and called it Blue.

A source told The Sun: “It’s no secret that Katie is a huge animal lover – and just can’t get enough of German Shepherds.

“Her previous dog was run over and killed by a takeaway driver, and after getting one last year she couldn’t resist another adorable pup.

“She was forced to sell off quite a few off her animals last year but thinks the dogs are positive impact on her life.”

The former glamour model has been pining for more furry friends after her beloved German Shepherd Queenie was run down by a delivery driver in the grounds of her Sussex mansion.

But Katie’s indulgent splurge comes after she had to borrow money from a friend to avoid being declared bankrupt in December.

The mum-of-five, who was once worth £45 million, faced financial woes after not paying a £22k tax bill.

But Katie has declared she is confident she will get through her money problems and come out fighting.

She said on her reality show, My Crazy Life: “I had my court today and guess what I am not going bankrupt. So I am starting a new year, new beginnings, no bankruptcy.”

There were also rumours that she wants a new beginning with on and off boyfriend Kris Boyson, 30, but she hit out to deny the reports last week.

She tweeted: “Honestly another complete utterly untrue story nobody is moving in with me and no wedding plans with anybody next year”.

Honestly another complete utterly untrue story nobody is moving in with me and no wedding plans with anybody next year https://t.co/VMCyBWk7ID

For now, it looks like she is only keen to move in more animals rather than potential hubby number four!

What do you think of Katie getting another dog? Leave us a comment on our Facebook page @EntertainmentDailyFix and let us know!