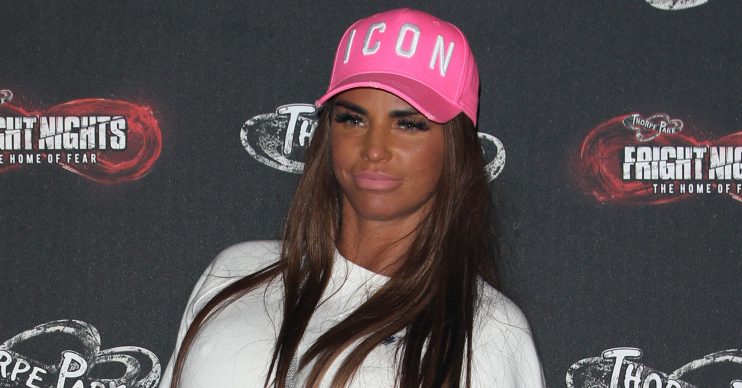 They've been messaging "all week"

Katie Price’s rollercoaster love life took another twist and turn this week as it was reported that she spent the night at former fiancé Kris Boyson’s house.

The model mum of five is said to have borrowed a friend’s car to drive to her old flame’s Kent home.

She was spotted “sneaking out” of the house the next morning, after staying the night.

According to The Sun, she took youngest kids Jett and Bunny with her.

New toyboy lover Charles Drury was apparently left at her Sussex mansion, which he has moved in to.

A source said: “She used a friend’s car to try and avoid being spotted.”

They added that Katie and Kris have been sending each other messages in secret “all week”.

“She’s been messaging Kris in secret all week and it looks like they’re back together.”

They added that things will surely now be “awkward” with builder Charles.

“The thing is, Charles is still living at her house and working on the house renovation. It’s going to be really awkward.”

Kris was left devastated when Katie dumped him after pictures of her and Charles on holiday in Turkey were printed in the papers.

He said at the time that he felt “humiliated”.

Last month, Kris fuelled rumours that he and Katie had reunited after he admitted things were “up in the air” with the model and called her a “lovely girl”.