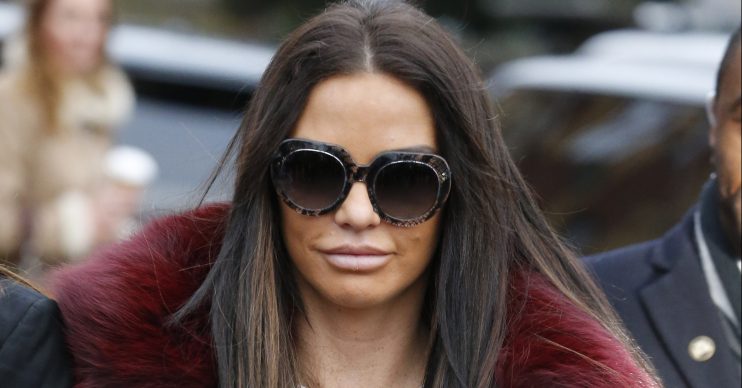 She previously blamed Pete for her money troubles…

After an eventful 2019, Katie Price has reportedly started writing her seventh tell-all autobiography.

This one is said to focus on her “nightmare year”, which saw her declared bankrupt and split from on-off beau Kris Boyson.

It’s thought that none of her exes are safe when it comes to her no-holds-barred book.

A fresh row with ex-husband Peter Andre could erupt, should she decide to revisit her allegations that he is to blame for her money troubles.

Ahead of being made bankrupt, she allegedly told a packed train: “I’ve known it’s coming, going bankrupt, because I took him [Pete] to court. He’s the worst person ever.”

Katie has a lot of messages and pictures from the last couple of years that she has been keeping under wraps. There will also be a lot of surprises in there.

The book will apparently set the record straight on Katie’s financial struggles and reveal how she plans on turning her life around.

It was reported in The Sun that Katie sees 2020 as a chance to “turn over a new leaf”.

A source said: “Katie is determined to turn over a new leaf in 2020. It is the start of a new decade and Katie wants to make a success of it. Part of her plan of letting go of the past is setting the record straight about everything that’s happened.”

Read more: Ricki Lake assures fans she isn’t having a “mental breakdown” after she shaves her head

The model’s former toyboy Charles Drury “had better watch out” the source said because Katie has a lot to say about their short-lived relationship.

“Katie has a lot of messages and pictures from the last couple of years that she has been keeping under wraps. There will also be a lot of surprises in there,” they said.

The source added that Katie might even head off on a speaking tour to accompany the release of the book, where fans can ask her questions.

The mum-of-five is currently on holiday in Thailand with eldest son Harvey. However, once she’s home, she looks set to put her plan for 2020 into action.

They source concluded: “Katie has been saying how she is determined to bounce back from her troubles. She knows to turn things around she is going to have to get out and work. She will do all she can to try and save her house and turn things around.”

If it’s anything like her previous books, it’s sure to be a sizzling read.

ED! has contacted Katie and Peter’s reps for a comment on this story.