The former model said she "hates" the thought of 16-year-old Harvey going into care during a BBC interview yesterday but feels she must do what’s best for him.

Mum-of-five Katie also said her eldest child had "smashed windows, eight iPads and lots of TVs" at home in the last year, scaring his other siblings.

She also admitted she has been struggling to care for the disabled teen - who is partially blind, autistic and has Prader-Willi syndrome - who she believes is "a danger to himself" and constantly wants to be with her. 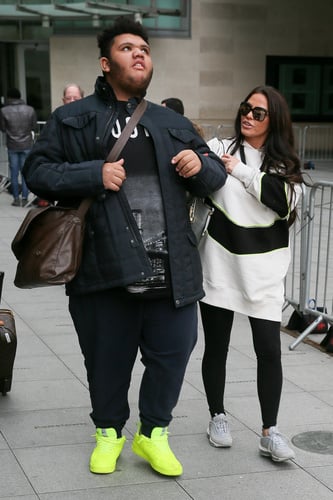 Harvey and his mum leave a BBC building after their interview (Credit: SplashNews.com)

"I’ve never had respite," Katie said during her appearance on Victoria Derbyshire's programme to discuss her campaign to criminalise online abuse.

"I don’t have a carer. I do it all myself. But I hate it because he is my life."

Dozens of fans sent Katie supportive messages on social media following the interview, praising her as a "great mum" - but there were also plenty of unpleasant comments directed her way, too.

"You encourage these ‘trolls’, just saying. Leave the poor lad out of the spotlight," remarked one person on an Instagram post of Katie’s. 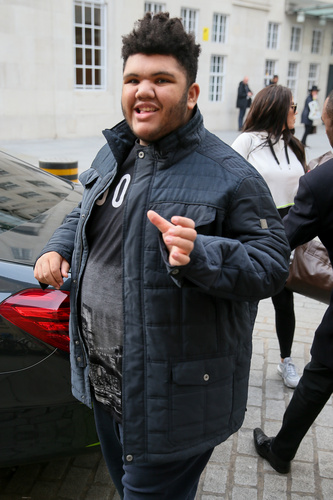 Another observer felt Katie was "crazy" for looking into care for Harvey after recently saying she was interested in adopting a Nigerian orphan.

They tweeted: "You’re thinking of putting Harvey into residential care, and then to adopt another baby... Crazy."

A third over-the-top commenter blasted Katie for being a TV personality, somehow linking her career to her abilities as a mother.

They ranted: "You sell your life to the world to be judged so the public is allowed to form an opinion on you. My opinion is you’re a selfish poor excuse for a mother. You put men before your kids. Where are the other four kids right now?"

I enjoyed the day with harvey please watch our inter we did together today and realise I’m a real honest human who genuinely wants to help people x. https://www.bbc.co.uk/programmes/p07048jv

However, Katie seemed to take the insults hurled at her in her stride, later sharing a clip of a sleepy Harvey on Instagram as they headed home.

"I enjoyed the day with Harvey," the caption read.

"Please watch our interview we did together today and realise I’m a real honest human who genuinely wants to help people."

Katie, 40, also opened up her drugs troubles on the BBC Two show, admitting she was "not proud" of taking cocaine.

"It was weekly for about half a year," she told Victoria when asked how regularly she was "self-medicating". 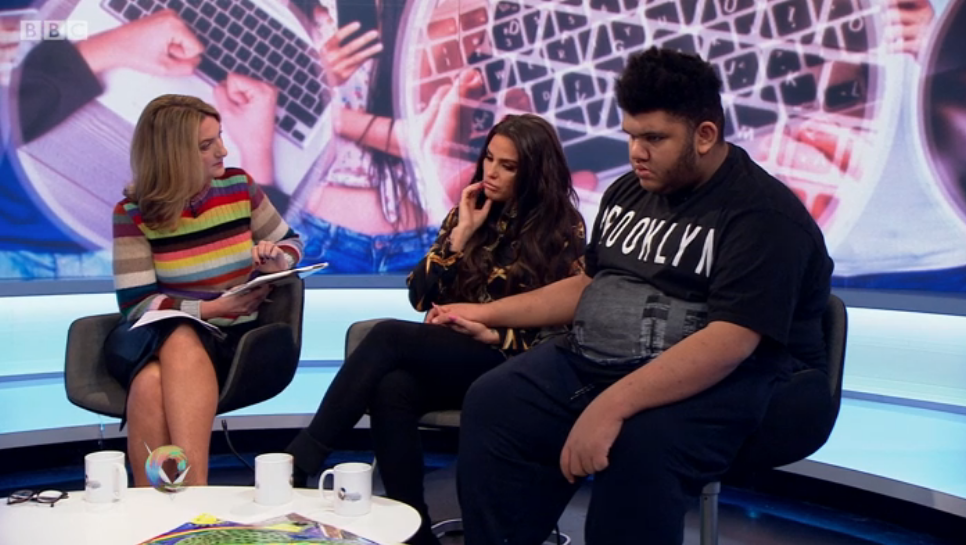 She also reflected on her troubles last year (Credit: iPlayer)