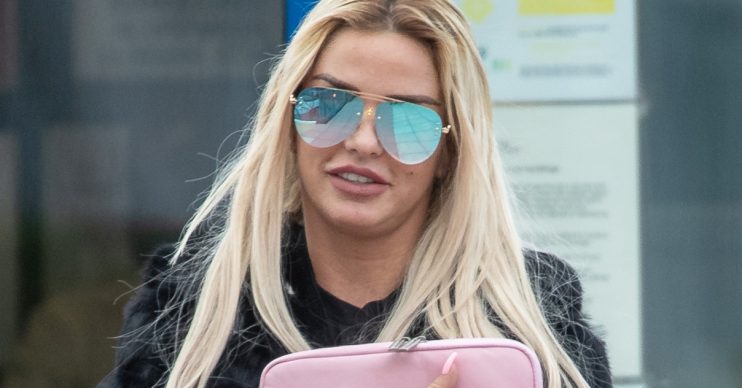 The star has landed a gig at a foreign music festival

Model and reality star Katie Price is poised to pick up the microphone after landing a singing gig in the French Alps following her recent bankruptcy ruling.

Katie, 41, is set to appear at Klub Summit UK Garage Festival later this month, along with So Solid Crew’s Lisa Maffia and Romeo, and will be performing on stage.

She will also be filming for her reality show, Katie Price: My Crazy Life, at the event in France.

When she posted about the gig on her Instagram, Katie was trolled by users who told her she “can’t sing”.

One asked, “What will you be performing? You can’t sing?” and another said her gig would be “cringe”, while a third pointed out, “But on your series you never end up singing live, you don’t go through with it” and someone replied, “She can’t, that’s why”.

But others rushed to offer Katie supportive messages. “Awesome love,” wrote one, while another admitted, “Basically my dream ski trip”.

Katie is a keen singer and has spent years trying to launch a pop career. In 2005, she attempted – and failed – to represent the UK in the Eurovision Song Contest.

She recorded a duet with her now ex-husband Peter Andre in 2009 – a version of A Whole New World – and released her own single, Free To Love Again, a year later.

Elsewhere, Katie’s reps dismissed reports that the mum-of-five was having difficulties with her living arrangements after she was declared bankrupt last month.

The Sun reported that Katie moved into a flat above a hairdressers’ shop after building work on her West Sussex home – dubbed her ‘Mucky Mansion’ – ground to a halt.

A source claimed: “Katie’s been staying with two of her best friends above a hairdressers’ in Surrey.

“They’ve said it’s alright for her to stay in their spare room and have been helping her out – it’s not ideal because it’s almost an hour away from her kids school, but it’s close to London for work and at least it’s not a building site like her house.”

But reps for the star told ED! there was no truth to the claims, confirming the reports were “incorrect”.

Earlier this week, it was reported that Katie was penning her seventh autobiography in an attempt to set the record straight on her “nightmare year”.

The book will apparently clear up the facts on Katie’s financial struggles and reveal how she plans on turning her life around.