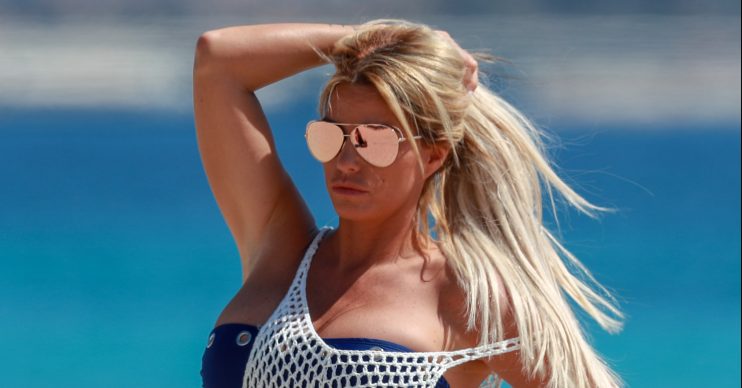 They're worried about them having time off school

Model Katie Price has apparently been banned from taking her children on a New Year holiday.

The mum of five is said to have wanted to take Bunny, Jett and Princess to Thailand.

However, their dads – Kieran Hayler and Peter Andre – are reported to have blocked the getaway.

Katie shares Jett and Bunny with Kieran and Princess and her brother Junior with Pete.

A source told The Sun that the pair are said to be concerned that Katie and the kids wouldn’t be back in time for the start of the 2020 term next week.

Read more: Simon Cowell donates £200k of his own money to dog charity

They said: “Katie is desperate for a holiday and has given herself the first two weeks off work to go away and get a tan.”

The source added: “Kieran and Pete weren’t keen on her taking the kids away on a long-haul holiday. Katie is always a bit disorganised when it comes to booking return flights, especially if she’s talked a friend into paying for them.”

The friend added that Katie – who was recently declared bankrupt – hasn’t had a “huge row” with Pete or Kieran.

“The kids’ dads were worried they’d miss the first few days of term in January. It’s not like they’ve had a huge row, they’ve just asked Katie to consider going on holiday alone and leaving the children to prepare for their first day back,” the source claimed.

The kids’ dads were worried they’d miss the first few days of term in January. It’s not like they’ve had a huge row.

Back in September, Bunny and Jett missed their first day of school when Katie whisked them off to Turkey on holiday.

However, earlier today (December 30), Pete revealed he had decided to jet off on holiday with daughter Princess and her brother Junior.

The Mysterious Girl singer revealed he was off on a ski trip with his eldest kids, wife Emily and their children Amelia and Theo.

ED! has contacted Kieran and Pete’s reps for comment.

Katie’s rep told us: “Katie will have a wonderful time here or abroad with the children. Katie always has her children’s best interests at heart.”