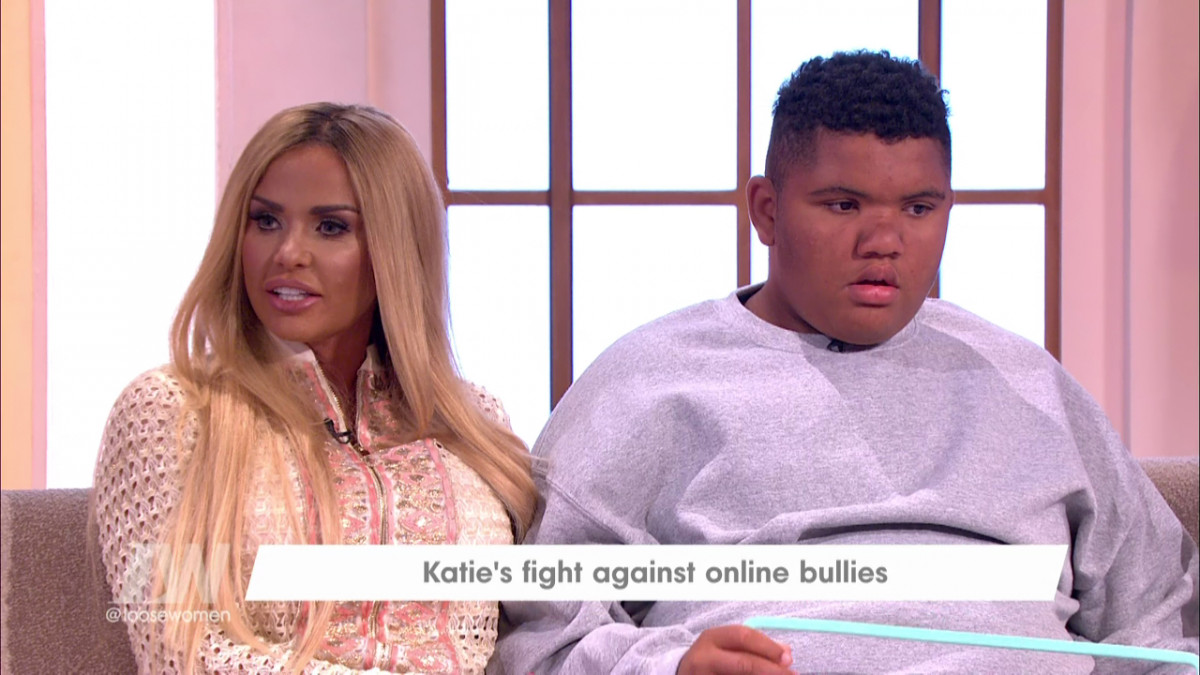 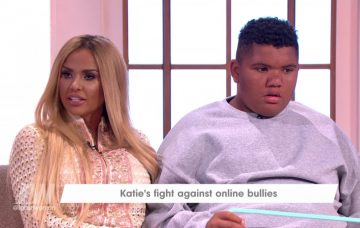 A video of a man wearing a shocking Harvey Price Christmas jumper has sparked outrage on social media, with Katie Price hitting out on Twitter at those who continue to mock her disabled son.

The clip, which emerged online last week, shows a grinning man unzipping his coat to reveal the jumper emblazoned with a cartoon image of Harvey wearing a Santa hat above the slogan: “HO HO HELLO YOU [expletive].”

In the video, a woman sitting next to him looks gobsmacked by the piece of clothing. 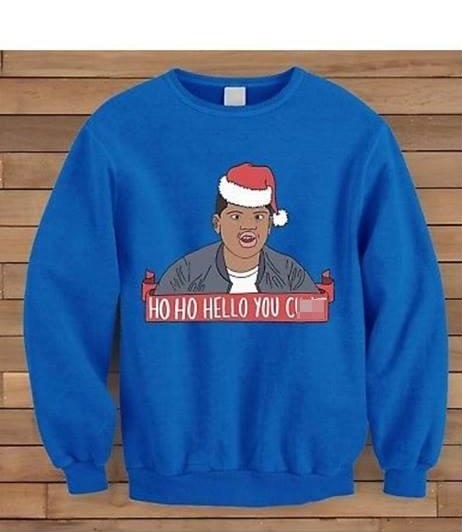 A female friend looks unimpressed and urges him: “Take it off now. Take it off.”

Another diner off-camera says: “That is horrendous”, while another member of the group laughs.

The slogan comes from a phrase 16-year-old Harvey, who is partially blind, autistic and has Prader-Willi syndrome, used on Loose Women in 2016 during a discussion about online trolls.

Mugs and t-shirts of the same design were sold online last year with a similar caption and while eBay initially removed the products, it seems some have found their way back on to the site as well as handmade selling platform Etsy.

A spokesperson for eBay said: “These items were immediately removed and the seller suspended. These items have no place on our marketplace.”

Meanwhile, a spokesperson for Etsy said: “We take this very seriously and have removed these items. There is enough hate in the world, and we’d like to keep that out of the Etsy marketplace.”

On Tuesday, Katie tweeted her outrage over the jumper.

She tweeted: “Why do people continue to mock my son , if these people met Harvey they would feel disgusted!”

Katie’s fans rallied around her, expressing their anger at the jumper.

One fan tweeted: “This is truly disgusting!!! Pray their own children don’t ever get mocked in this way. Sending love to beautiful Harvey!”

Another added: “Yeah let’s put a Christmas jumper on of a disabled young boy said nobody!! Very distasteful why would you even think about making/wearing it?? Boggles my mind.”

A third fumed: “It’s shocking that people think it’s OK to sell these and make money out of mocking someone’s disability.”

Katie, who last month sent a heartbreaking message to Harvey’s absent father Dwight Yorke saying there was still time to play a part in his son’s life, has spent the past year winning the backing of MPs for ‘Harvey’s Law’ to make online trolling a crime.

Talking about what Harvey has had to endure Katie revealed on ITV’s Peston On Sunday: “Harvey was getting racial abuse, they were mocking him, doing sex videos on him, putting him in t-shirts, and he’s got complex special needs – I’ve got five children but they always pick on him.

“I got two people arrested, [the police] seized all their computers, they seized everything, took them quite far, but then got to the point where they can’t charge them with nothing because there’s nothing in place for it.”

How do you think online trolls can be stopped? Leave us a comment on our Facebook page @EntertainmentDailyFix and let us know what you think!