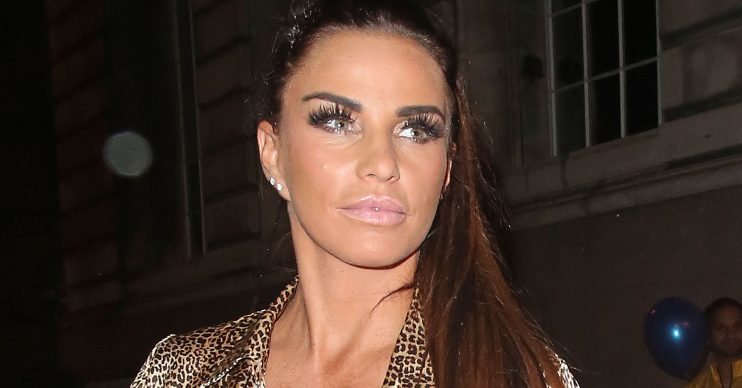 She only announced their engagement in July

Reality star Katie Price is said to have dumped her fiancé Kris Boyson in favour of a new toyboy.

A source told the publication: “When it was all over the papers Katie realised she needed to dump Chris and done it by text [sic].”

They went on to reveal how Katie met her new man, explaining: “Katie was first told about Charles by the builder working on her home, Andy. He encouraged Kate to follow him and they started exchanging messages.

“He’s younger than Kris and they have good banter. Kate loves manly men, the fact he is a builder and can help repairing her home is a bonus.”

The mum of five revealed the news that Kris had popped the question in July, when she appeared on daytime TV show Loose Women to flash her huge engagement ring.

She said on the programme: “Kris bought the ring for that finger, so there you go, I’ve got luck in my life.”

Discussing her relationship with the personal trainer, she said she likes him because he is “strict” with her and is good with her eldest son, Harvey.

She continued: “The thing is, he puts me in my place, he’s strict with me and I’m not used to that. He’s a good guy, he’s so good with Harvey, Harvey is obsessed with him.”

Of her marriage with ex-husband Kieran – with whom she shares son Jett, six, and Bunny, five – Katie said they would probably still be together if he had “behaved himself”.

Read more: Katie Price ‘scared her ears will fall off’ after latest round of surgery

Katie said: “The thing is with me and Kieran is that we would have never have split up if he behaved himself, and [he] knows it.

“I get on so well with Kieran, the banter we have, we get on so well. We have two children. It’s so nice when you get on with your ex when you have children. Everyone says Kieran still likes me, but who wouldn’t? Come on!”