Katie Price has endured the week from hell, after she was declared bankrupt and split from on-off boyfriend Kris Boyson.

But the model and broadcaster, 41, took to Instagram to debut a major hair makeover. 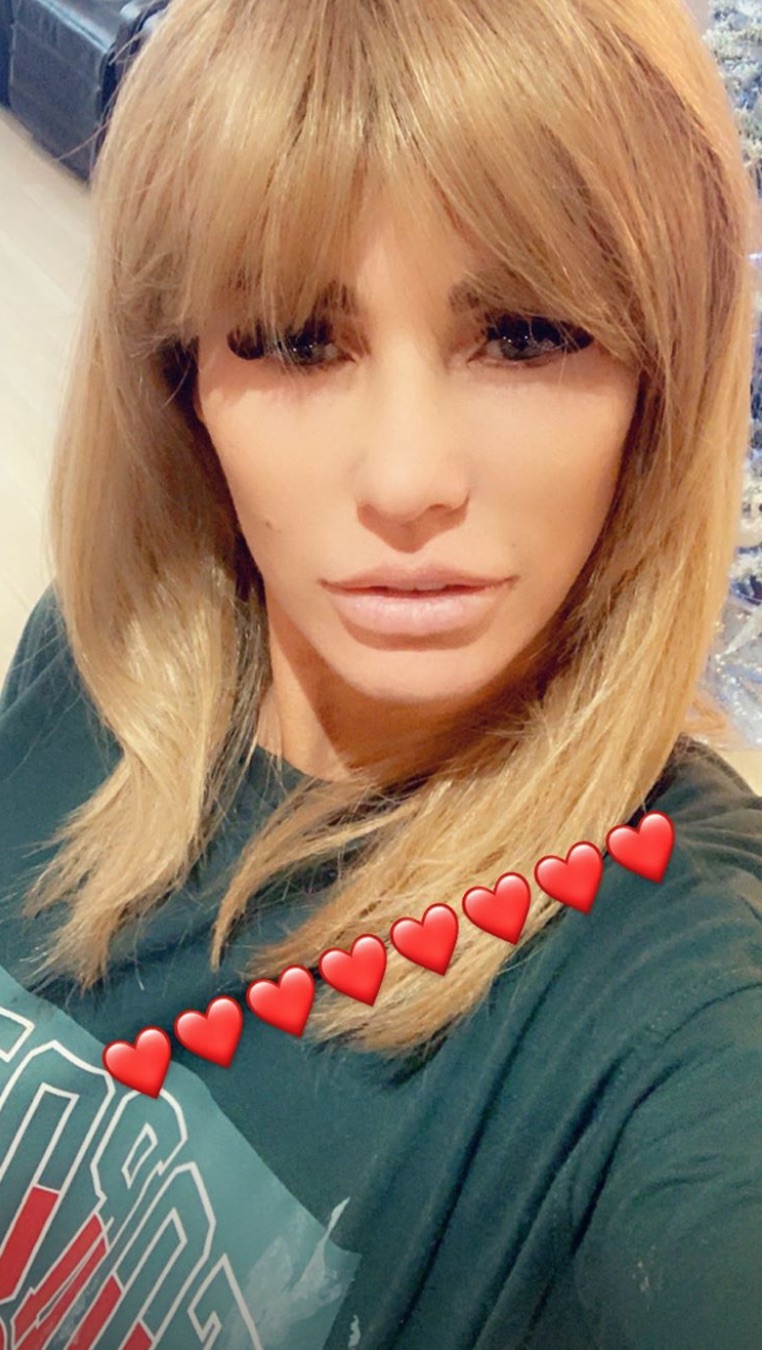 Read more: Bankrupt Katie Price tells friends she could be 'homeless by Christmas'

Katie shared an image that showed her wearing a straight-hair wig with a fringe.

A far cry from her usual longer, darker locks.

She accompanied the story with a string of heart emojis, which implied she loved this new experimental look

On the same day Katie was declared bankrupt, she enjoyed a night out in Cardiff.

It was a defiant stance in what was a whirlwind of pain.

Her week started with that bankruptcy declaration.

The mum-of-five, 41, was declared bankrupt on Monday (26.11.19) in court, having been pursued by the taxman and creditors after spending her whole £45million fortune, according to MailOnline.

Then reports claimed that she had split with on-off boyfriend Kris Boyson.

The Sun reported that despite the split, Katie and Kris have remained friends.

A source told the publication: "They’ll still stay friends and she will still need his help with the kids, and to stay at his house. He’s really worried about her and all the pressure she’s under – so that’s why he’s not walking away.

Read more: Peter Andre hits back at reports Katie Price 'has been texting him begging him to get back with her'

Things went from bad to worse when it was revealed that her toyboy ex Charles Drury had threatened to sue the model.

Charles is said to be unhappy that she "[bleep] him off" in new episodes of her reality TV show My Crazy Life.