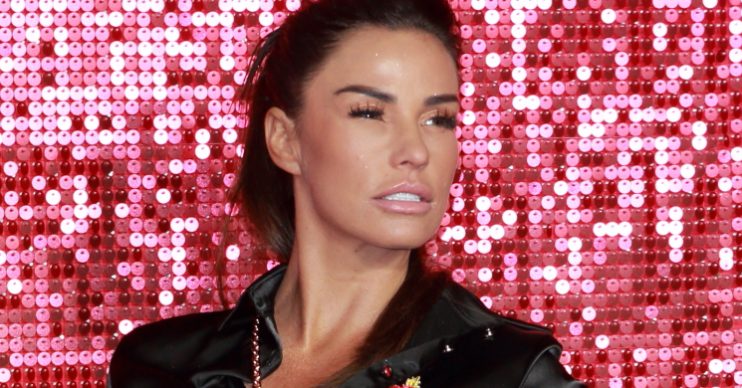 The 41-year-old TV star – who admitted in February to taking cocaine “weekly for about half a year” to “self-medicate” – has allegedly refused Peter Andre’s request that she take a drug test, saying she “has nothing to prove”.

A source told The Sun Online that the 46-year-old Mysterious Girl singer, who was married to Katie for three years from 2005, wants the former glamour model to take regular substance tests before she can see their two children, Junior and Princess.

But the insider says Katie – who is also mum to Harvey, Bunny and Jett – has now told her team she won’t be doing any more tests.

They say: “She’s sick of it – she feels she’s done enough of them and has nothing to prove now.

“Everyone wishes she would do a test and then prove once and for all that there are no problems to worry about.”

Last year, a video emerged of Katie on holiday in Marbella, rapping: “I love the coke, you know, it gets me in the air.”

She later admitted to regularly taking drugs during an interview on the Victoria Derbyshire Show, saying: “I was self medicating on a drug, cocaine, I’m not proud of it. Am I ashamed I did it? It’s not good but I couldn’t help it, I was at breaking point.”

It followed the breakdown of her marriage to Kieran Hayler and she has since moved on with personal trainer Kris Boyson – and the pair recently got engaged.

The insider went on: “She’s sick of everyone trying to control her life. She’s looking to the future and trying for a baby with Kris – would she be on drugs if she was trying to get pregnant?”

ED! contacted Katie’s representatives for comment on this story.

It follows the confession earlier this week that Katie’s 12-year-old daughter, Princess is having therapy once a week.

The star of My Crazy Life made the controversial revelation in a radio interview, saying her daughter needed help after their terrifying car-jacking incident in South Africa last March.

She said of the incident: “It was shocking, I was with the kids. Princess has therapy each week. She’s scared to go anywhere on her own, scared to go in the car, scared to even sleep in her own room.”

What do you think of this new report? Leave us a comment on our Facebook page @EntertainmentDailyFix and let us know what you think.