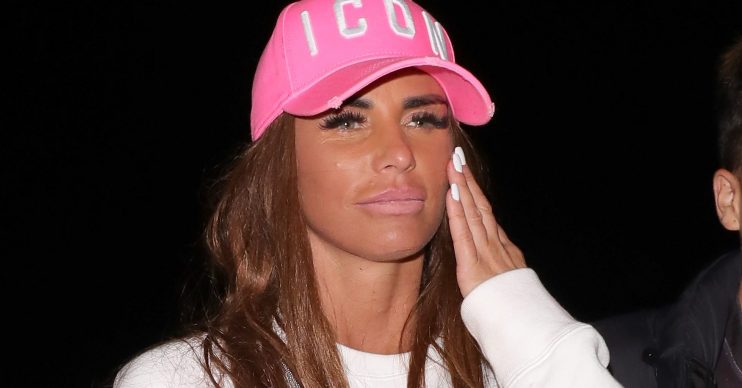 Model Katie Price has been declared bankrupt after failing to pay off her debts and reportedly risks losing her West Sussex mansion.

The mum-of-five, 41, was declared bankrupt today (26.11.19) in court, having been pursued by the taxman and creditors after spending her whole £45million fortune, according to MailOnline.

There was a plan in place for Katie to pay her creditors £12,000 a month, but she is said to have failed to stick to the agreement’s terms.

Katie didn’t attend the court or send a solicitor, according to MailOnline.

I do judge Ms Price to be bankrupt.

Speaking at the Rolls Building in London, Adam Taylor of JMW said: “She hasn’t acknowledged the petition.”

And Judge Jonathan Middleton said: “I do judge Ms Price to be bankrupt. The date is today and the time is 12:35. Ms Price isn’t present or represented so there is, as far as we can identify, no opposition.”

Katie’s had a lot to contend with in recent weeks.

The former I’m A Celebrity campmate recently got back with her on/off boyfriend Kris Boyson, having split up with him weeks after announcing their engagement on Loose Women.

But the pair are reported to have been rowing amid Katie’s financial woes.

A source told The Sun that Katie and Kris are at a “make-or-break” stage in their roller coaster relationship – and they wouldn’t be surprised if it’s over by Christmas.

Amid her financial and relationship trouble, Katie is also continually having to defend her eldest child, Harvey, against vile bullies online.

Katie appeared with her teenage son – who is is autistic, partially blind and suffers from Prader-Willi Sydrome – on Channel 5 News today to announce that the 17-year-old’s now an ambassador for autism charity Anna Kennedy Online.

During the interview, Katie revealed how she feels about the “shocking” abuse Harvey has been subjected to and said the teen “wouldn’t harm a fly”.