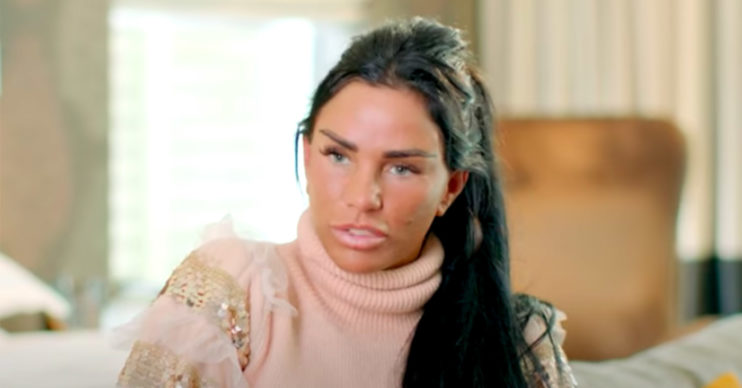 TV star Katie Price took a trip down memory lane this week that ended in her throwing away memories of her failed marriage to Kieran Hayler.

The Loose Women presenter took to YouTube to document a big clear-out of her mansion with her 115,000 subscribers.

Katie, 42, has been cleaning out her home in Surrey for the last few weeks, and in that time she’s stumbled upon an array of memories that she no doubt would have preferred to have avoided.

In the clip, the mum-of-five picked up a photo of herself from when she read her wedding vows with Kieran.

She said: “Jesus Christ there’s one for your eyes, me and Kieran when we did our wedding vows, in fact, that’s definitely not leaving this place in fact, that can go and be dumped.”

Katie then threw the picture to the side and continued to rifle through her belongings.

She then picked up a Jordan-branded hairdryer, adding: “I was with Pete in these days, I was happy… In love.”

However, things between the pair didn’t last as long as Katie had hoped, and they eventually called time on their relationship in 2018.

It’s safe to say the pair aren’t exactly close since their split.

Katie could be clearing out her home to make space for another child after she revealed that she’d love to have another to add to her brood.

The former glamour model says she “definitely” wants to have more children, but doesn’t think she’d be allowed to adopt.

The reality TV star has always been open about her desire to have more children.

Last year, she revealed she wanted to expand her brood by adopting a child from Nigeria.