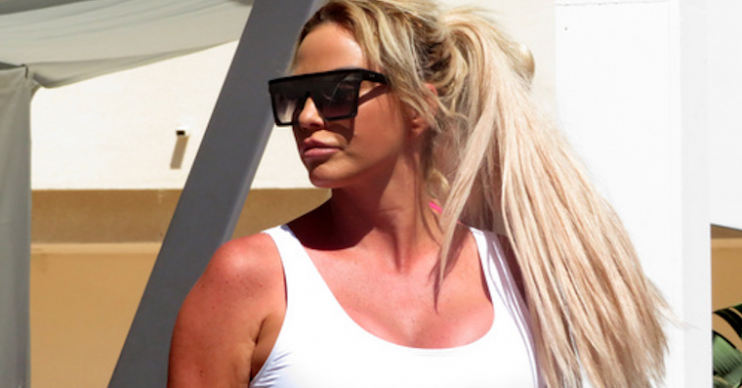 Katie Price wants to be at the Priory “all the time”

She insists she's not a robot

Model Katie Price wishes she could spend “all” of her time at the Priory.

The 41-year-old star attended the well-known hospital after a turbulent 2018, which featured heartache, court cases and financial issues, all of which led to her developing post traumatic stress disorder (PTSD).

Katie – who claims to have had “severe PTSD because I couldn’t cope with all the [bleep] that was going on” – has recommended therapy to anyone else going through similar struggles.

She credited her family for being there for her and said she is “the warrior, the survivor” and that now she’s come through it she can cope with “anything”.

“[Bleeping] hell, if I didn’t break then, I never will. I know I’m in the public eye but that means [bleep]. I’m still a human being. I’m not a robot.”

But the controversial star now feels refreshed and ready to return to the spotlight.

Of her experience at the Priory, she told Fabulous: “It’s amazing. I wish everyone could go. I’d love to be in there all the time.

“I think a lot of people missed me [when she finished her treatment] because I brightened it up.

“I’d try and be a joker in there so it wasn’t all morbid. That’s just the way I am.

“Some people were so down they wouldn’t mutter a word, but I got a smile from them because I like to bring people out of their shells. I bring out the best in people.”

Katie explained that a series of dramatic events led to her reaching an all-time low in her life.

She recalled that she found out her mum was terminally ill, then caught husband Kieran with the nanny before having a kidnap threat with 17-year-old son Harvey.

Then one of her horses escaped and had to get shot on the road, and her German Shepherd dog got run over and killed on her driveway by a takeaway delivery driver, and “they’ve not even said sorry”.

Her other horse had to be put down because he got arthritis, then she was carjacking in South Africa at gunpoint.

After that she caught Kieran messaging two other girls and their marriage ended.”