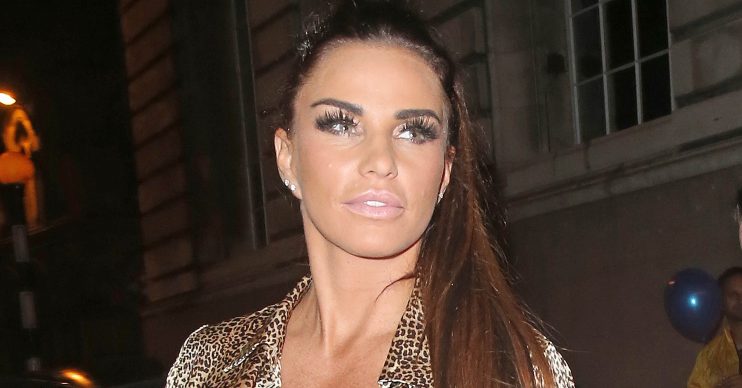 Katie Price ‘to give up booze, sex and junk food for New Year’s resolution’

She apparently wants to see how she gets on

Former glamour model Katie Price has reportedly vowed to give up sex in 2020.

The 41-year-old television personality has had a turbulent 2019 which has seen her be declared bankrupt, receive a driving ban, and split from her on-off boyfriend Kris Boyson, but she’s reportedly planning on making sure she has a better start to 2020, by setting herself some New Year’s resolutions.

Katie is said to be planning to change up her diet at the start of January, and will reportedly be “taking a vow of celibacy”.

A source told The Sun: “Katie was talking over Christmas about what she might try and give up for New Year.

“She was talking about what a disaster it has been with men in 2019 and how she’s tried most resolutions over the years.

She’s vowed before to cut down on booze, to diet and try to eat more healthily.

“She’s vowed before to cut down on booze, to diet and try to eat more healthily so she said maybe now is the time to take a vow of celibacy and see how she gets on.”

The star’s decision to give up sex comes after she admitted to having been unfaithful to Kris during their relationship.

Katie insisted she has “reasons for [her] actions”, but still said sorry to her former fiancé for cheating as she tried to clear the air between the on-off couple.

She told him earlier this month on her show My Crazy Life: “I just want to say I’m really sorry about everything. You think I’ve mugged you off but I have reasons for my actions.

“Nothing is right about what I’ve done, nothing at all. I just want to say that I’m sorry, and that I’ve missed you. I miss your company.”

However, Kris told her he is unsure about rekindling their relationship, and he admitted he doesn’t know if they could get back to where they were.

He explained: “We had everything, it could have been sweet. But right now I don’t feel like everything can be fine again.

“It’s not how you sort something out, is it? Just because you miss someone.”