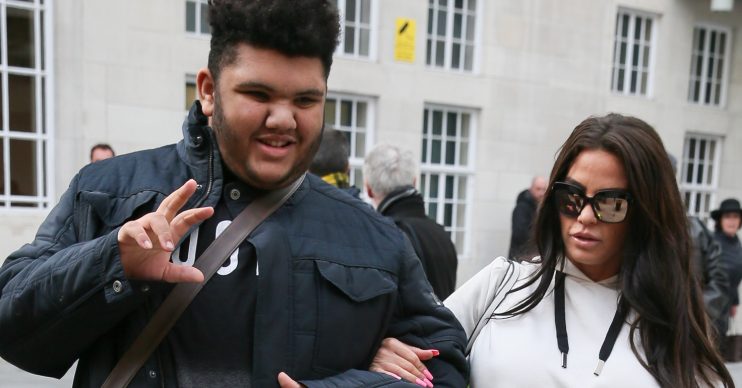 It’s only been several days since Katie Price admitted that she was finding it ‘hard’ being away from son Harvey.

The teen, 17, is autistic, partially blind and has Prader-Willi Syndrome and mum-of-five Katie made the agonising decision to put him into residential care last year.

Now, on a visit home for the weekend, Katie, 41, took to her Instastories to thank her eldest son for his ‘unconditional love’.

Read more: Katie Price vows to stay single ‘until she meets someone worth it’

Harvey stays at the home during the week and visits on weekends and on school holidays, but was back for the weekend visiting his mum.

And Katie shared her joy at having him back.

Seen cuddling up to him, she asked him if he had missed his mummy, to which he replied, “Oh yes!”

She also asked him who he loves, and he resoundingly said: “Mummy!”

She touchingly captioned the short video with the words ‘Unconditional love’.

Early in 2019, Katie admitted that the decision to send Harvey into care was a tough decision.

“He hasn’t gone to school because he kicked off,” she explained during an appearance on daytime TV.

“But it’s so hard now. Even at nighttime, he’s like a nightmare newborn. I can’t get any sleep.

I love him so much. He’s my absolute life, but it’s just hard work now.

“They are scared. I love him so much. He’s my absolute life, but it’s just hard work now.”

The Sun quoted a source, who told new! magazine that, “He’s about an hour’s drive from Katie’s house so it’s not just like he’s around the corner and that’s a big deal for her.

“She’s massively emotional about it. She’s in pieces”.

Katie, who endured a difficult 2019, is also coming to terms with her terminally ill mother, Amy.

It’s believed she took son Junior, 14, and daughter Princess, 12, to Spain to visit their grandmother after telling them that she ‘wasn’t very well’.