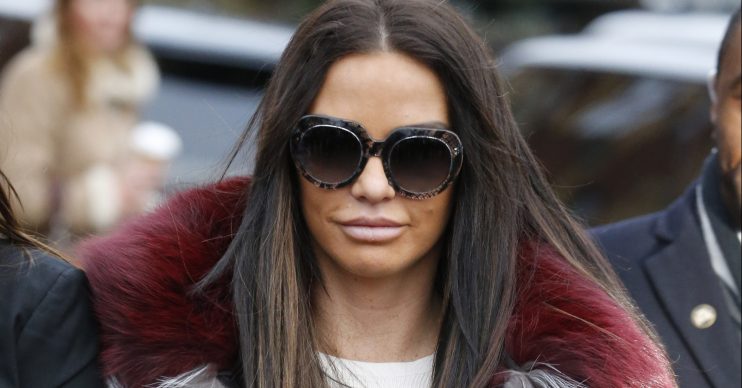 He's said to have a phone full of pictures and videos

Katie Price is “terrified” her ex-boyfriend Charles Drury could leak intimate photos and videos taken during their brief fling, according to reports.

Katie, 41, dated 22-year-old toyboy Charles earlier in the summer and the pair were reported to have enjoyed rather a few “wild” and “drunken” moments together.

But a source has now told The Sun that, although she hopes he would never sell the snaps and footage, she is still worried they could see the light of day.

The insider said: “Charles has got a phone full of pictures and videos and Katie knows that people want to know everything about their relationship.

“Charles was obviously really devastated by the split, but ultimately he’s a decent guy and wouldn’t betray Katie’s trust.

“But that doesn’t stop her worrying about it.”

Charles’ rep said he had “no comment” to make of the claims when approached by Entertainment Daily.

It was claimed at the time that she had contacted him over Instagram before they eventually met in a hotel for a kinky weekend together.

Reports also stated that Katie then flew her toyboy out to Turkey, where she underwent her most recent bouts of cosmetic surgery.

But their pair’s brief fling didn’t end well, which has apparently only heightened Katie’s fears over their sordid photos and videos being leaked.

Within just a matter of weeks, Katie had ditched Charles and was once again linked to her ex, Kris Boyson.

Meanwhile, in recent days, wannabe model Charles has posted several rather cryptic posts on social media, alluding to his break-up with Katie.

On Instagram, he wrote: “When one door closes, another one opens.”

Alongside another pensive snap of him with a drink, Charles added: “Vanilla milkshake to sort my head out this morning.”

The pair are said to still be speaking over text, however.

Katie, meanwhile, has been busy comparing her face to how she looked in 2015 – prompting calls from fans to ditch the cosmetic surgery.