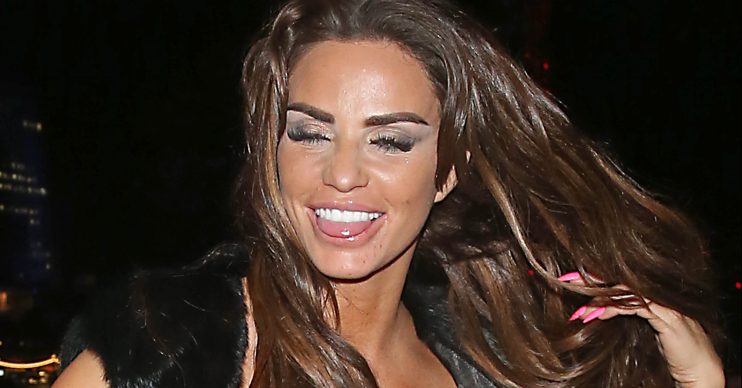 Model Katie Price has admitted she’s had some surprising news that has put a smile on her face.

The reality star hasn’t revealed to fans what has made her so happy, but coyly made the remark as she shared a picture of her broken nail on her Instagram account.

Alongside the image on her Stories, she wrote: “Chilling with my broken nail, lol, but shocked by my news I got today.

Read more: Kate Ferdinand says she and Rio ‘saved each other’ and that they’re planning for a baby

She followed the message with a dancing girl and love heart emojis.

It’s about time the 41-year-old has something to smile about after a difficult year.

She was declared bankrupt in November, and reportedly faces losing her Surrey mansion.

And her relationship with personal trainer Kris Boyson is also said to be over, although they have previously split and reconciled on a number of occasions.

She’s also been banned from driving, but did get some time knocked off her two-year ban when she returned to court to appeal this week.

Katie’s fans will have to wait and see what has made her happy, as she didn’t reveal anything further on her Instagram account – and it’s not known if the misspelling ‘tumthing’ is of significance.

She has sons Harvey, Junior and Jett, and daughters Princess and Bunny from her previous relationships.

According to Heat magazine, Kate had been keen to try for a baby with Kris – and film the pregnancy and birth for her reality show, My Crazy Life.

A source told the publication: “Katie’s been talking about having another child and Kris seems keen, so long as she can keep herself on the straight and narrow.

“Katie wants it all filmed for her reality TV show. She’s been desperate to start trying for her sixth baby, but was put off by all the financial drama in her life.

“Now she thinks that a pregnancy would reverse her fortunes and get her fans back on side.”

The magazine reported this back in January, when the couple were still loved up.

So, fans of the star will have to wait and see what she’s looking forward to in 2020. Perhaps all will be revealed in the next series of her show, as it has been reported Quest Red have signed her up for another installment.