This comes in stark contrast to her boozy 40th birthday party last year, in which her ex-husband Peter Andre supposedly banned their children from attending.

In a series of snaps Katie was seen beaming as she walked with Junior, 13, Princess, 11, and a giant heart-shaped balloon, bags of presents and a chocolate cake.

A source told the Sun Online:"Katie was thrilled to spend the day with her children and thought it was really kind of Pete.

"He didn't have to let them go out with her and Kris, but it seems her apology has gone a long way to brokering peace with him." 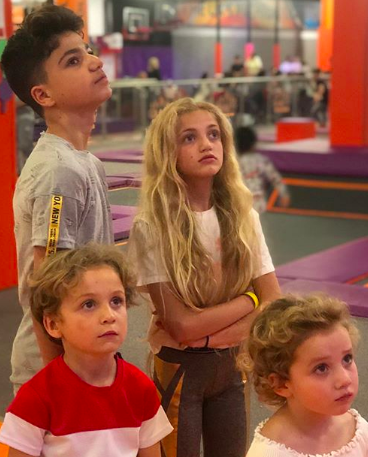 Junior and Princess are believed to spend most of the time with dad Peter and his second wife Emily.

Katie was thrilled to spend the day with her children.

Katie has hit out at her ex-husband Peter several times over the last year, including expressing her anger over him not allowing her to film Princess and Junior attend her clothing launch.

But in a quick turnaround of events, she issued an apology to Peter on Twitter earlier this month.

She wrote: "I had a tough year last year! A person stirred trouble with me and Pete which he reacted to protect our children!

"Yes I said things but I was upset and didn’t mean harm! Me and Pete love each other really lol !I’m sorry @MrPeterAndre if I hurt you!"

Peter replied with: "Do you know what, I really appreciate you saying that. Thank you." 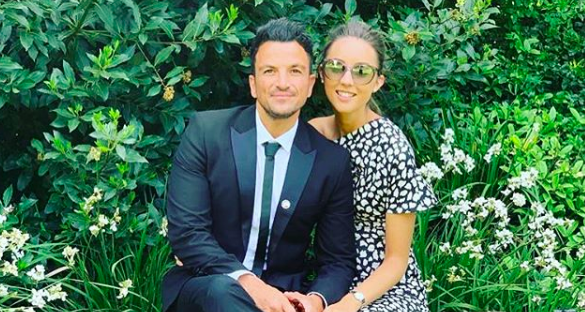 Peter and Emily pose on a bench at Buckingham Palace (Instagram)

And yesterday was also a big day for Peter.

He attended a garden party at Buckingham Palace with his wife Emily in aid of The Not Forgotten Association.

Sharing a series of pictures from the event on Instagram he described the veteran attendees as heroes:

"So privileged to support our armed forces today at Buckingham Palace. Emily and I feel so lucky to be invited to these things and we thank everybody. Loved meeting so many of you aged from 104 down to early 20s. You are heroes #nfassociation"