Katie Price has been blasted for being disrespectful by a judge, after she skipped her court date to stay in Thailand with her boyfriend Kris Boyson.

The 40-year-old was expected to show up to face two counts of threatening behaviour at Crawley Magistrates Court, following a dispute with her ex Kieran Hayler's new girlfriend Michelle Pentecost at the school gates.

But the mum-of-five jetted off for a romantic break with 30-year-old Kris last week.

This demonstrates a lack of respect for the court process.

✈️Airport ready wearing @jyylondon ✨My summer range with @jyylondon launches next month so excited for you to see!👙👗Use Code: KATIE20 for 20% OFF their site💋 #partner

After Katie's no-show, District Judge Amanda Kelly fumed: "I believe she hasn't turned up today. She has something better to do.

"This demonstrates a lack of respect for the court process." 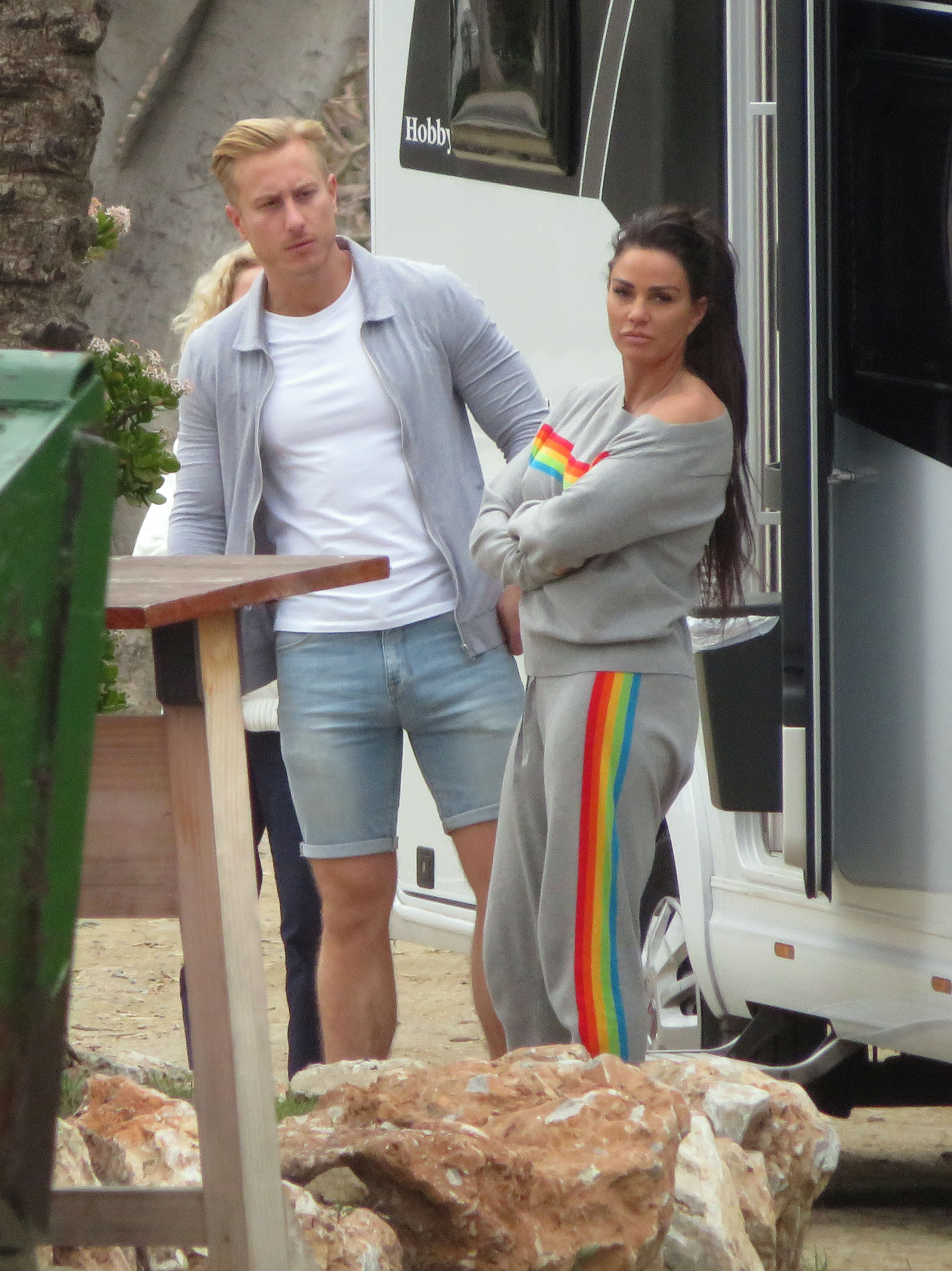 Kate's been getting some sun with Kris (Credit: GTres / SplashNews.com)

The court case has been adjourned until next week, when Katie will be back from her holiday.

The former glamour model came to blows with Kieran's new love interest last September as they dropped their children off at school. Katie has Jett, five, and four-year-old Bunny with estranged hubby Kieran. 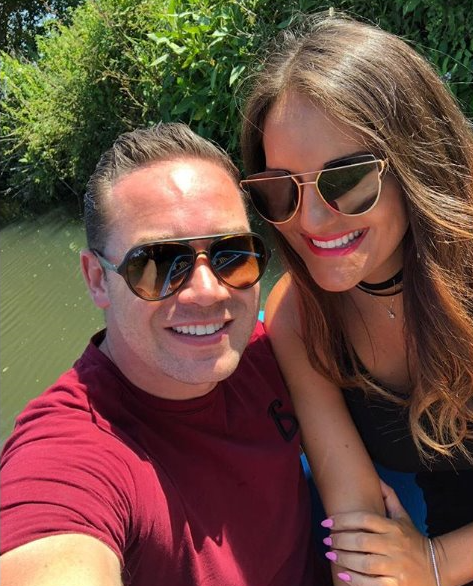 At the time, Katie allegedly screamed: "Are you enjoying (expletive) my husband?"

Following her outburst, parents reportedly called the police and requested she be banned from the school gates.

According to The Sun, a charge sheet against Katie accused her of: "threatening or abusive words or behaviour within the hearing or sight of a person likely to be caused harassment, alarm or distress."

The publication also claims that the altercation has left Katie feeling "very awkward" about picking up her kids each day and she has considered removing them from the school. 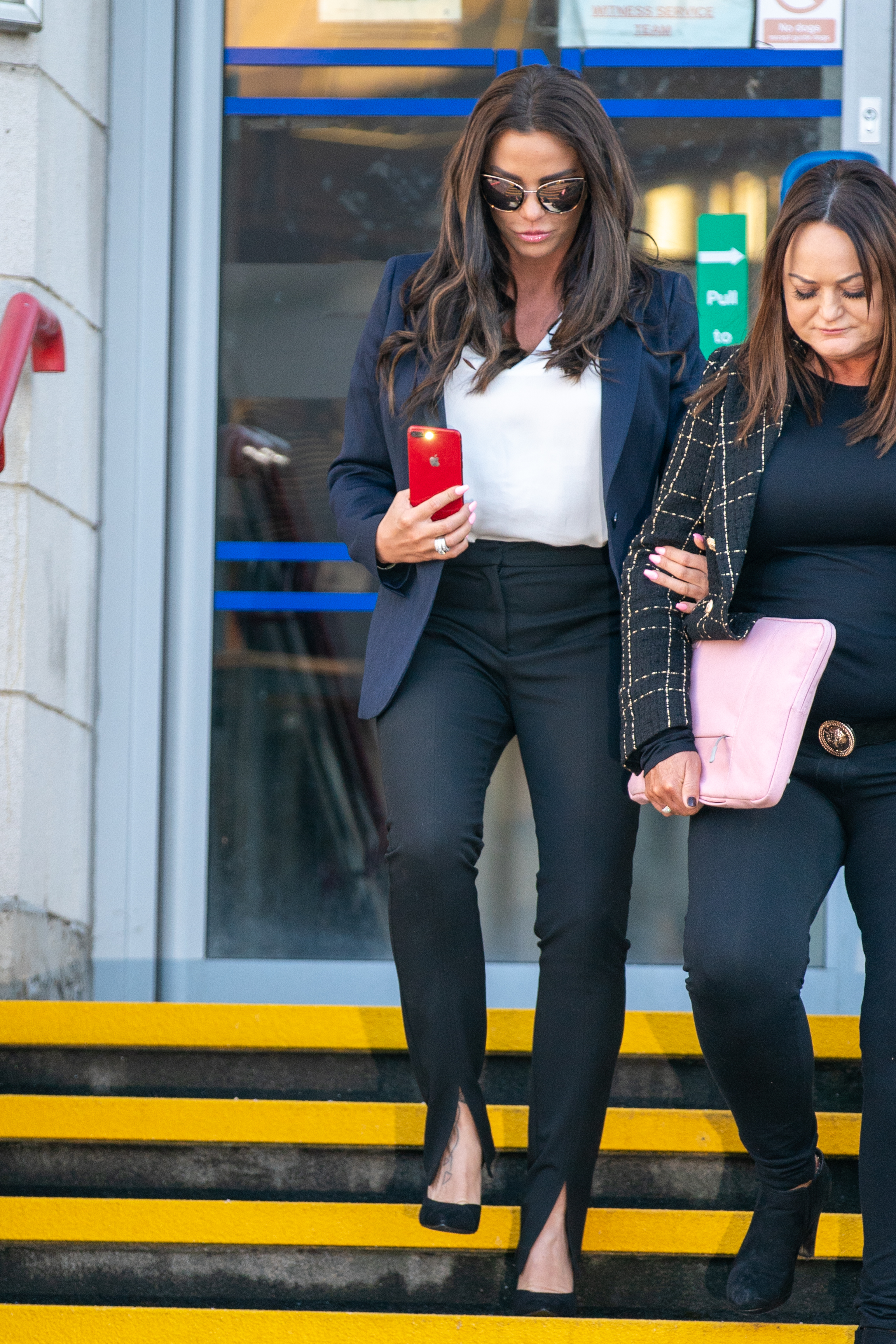 She was found guilty of being drunk while in charge of a vehicle and was slapped with a £1,500 fine and a three-month driving ban.