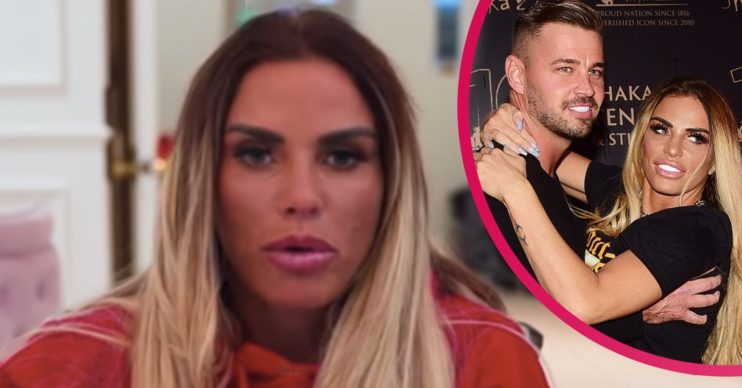 Katie doesn't have the best track record with pets!

Katie Price and her boyfriend Carl Woods have a new puppy, but a number of people have criticised the couple on social media.

Dozens of her fans have lashed out at the star over her choice of a ‘designer puppy’. while others have warned her to be careful after several of her previous pet dogs died under tragic circumstances.

Sharing with her two million plus Instagram followers, Katie, 42, is snuggling up with the wee puppy in a new photo.

A grey coloured French bulldog, the former model’s pup is a sweetie indeed. And Katie revealed that the puppy is called Precious.

What are fans saying about Katie Price’s new puppy?

She captioned the snap with: “Precious loves cuddles.”

One user hit out with: “Why do you keep getting dogs when you can’t look after them? Please keep this one safe.”

“Celebrities should adopt, shelters are full of unwanted animals, needing loving homes! Celebrities should set an example to young people. We should all adopt and help animals. Buying expensive, designer puppies only encourages money making! Please do not buy, adopt instead.”

And a third user urged: “Let’s hope no harm comes to this one.”

Whereas a fourth user posted: “Oh no. How long will this one last.”

The dog died within weeks of them buying him from a breeder for Princess’ 13th birthday.

Taking to YouTube, mother and daughter explained how he tragically died under an electric chair.

Katie said: “So I know the fans are asking what’s happened to the dog.

“Basically I was in the other room because we’re going on holiday, packing their suitcases, and there was five people in the other room, so people saying the puppy was left, it wasn’t left at all.

“And it just got stuck under one of the chairs.”

Sadly two of her other previously owned dogs were run over in separate accidents.

But Katie’s loyal boyfriend, Carl, has already defended the star over her bad luck with pets.

After fans previously trolled her over the new puppy, he rushed to her defence.

Carl wrote in an Instagram post: “It was a tragic ACCIDENT what happened to him. Of which, Kate wasn’t even there at the time and neither was Princess.

“Stop putting a [bleep] downer on her having a new puppy, you complete [bleeps]. NOBODY wanted anything to happen to Rolo and the same rule applies for this pup.”