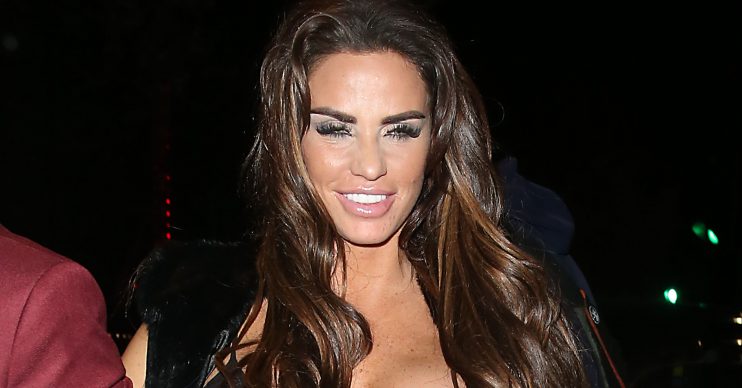 Model Katie Price has finally had some good news ahead of Christmas.

It’s been reported that the bankrupt star has signed a new six-figure deal to appear in a fourth series of her My Crazy Life reality show.

It just goes to show that you really should never underestimate the Pricey!

Insiders have apparently told The Sun that she has already started filming the series, which airs on Quest Red.

The source revealed: “She’s saying it’s at least six figures – she gets paid by the episode and more for specials – and she’s already filming.”

She’s saying it’s at least six figures – she gets paid by the episode and more for specials – and she’s already filming.

They added: “The cameras went with her to the Dreamboys the other night and will follow her through her house move and bankruptcy.”

Earlier this week it was reported that she has had to sign over her mucky mansion to trustees as part of the bankruptcy order.

It’s also been reported that Katie has had a “furious showdown” with on/off boyfriend Kris Boyson.

The pair are just back from a trip to New York.

However, it’s now claimed that the mum of five has asked her friends to collect her belongings from his house, where she has been staying.