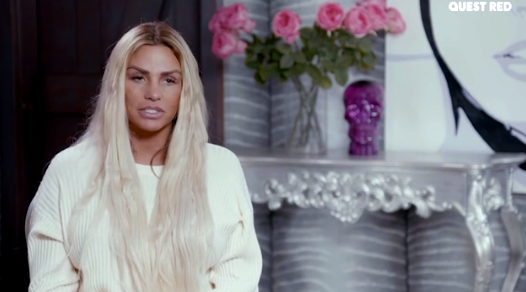 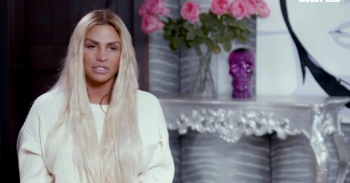 She has been hiding herself in pics

Katie Price has unveiled her face on social media for the first time since having cosmetic surgery abroad.

The mum-of-five recently returned from Turkey after reportedly having £4000 worth of procedures but she has kept her face hidden on social media until now.

Katie, 40, revealed herself on Instagram Stories today, but she made sure to keep her large sunglasses on.

Katie posted the social media video to rave about a new sugar-free product she has tried but there was more focus on her new look.

As she chatted to the camera, her eyes appeared to be puffy beneath her dark glasses and her eyebrows seemed to be sitting higher.

Katie previously hid herself from view in a family photo that she shared on Instagram at the weekend.

She was pictured lying on the sofa with boyfriend Kris Boyson and her kids as they enjoyed a movie night, but she put her arm up in front of her face for the snap.

She captioned it with: “😍Harvey in bed but the rest of us watch BGT”.

#ad 😍Harvey in bed but the rest of us watch BGT Check out and follow this new bespoke sofa company I have just got these Sofas from @atp_upholstery they are very high quality at great price check out there website www.atpu.co.uk 🥰 I love it x

According to a source at The Sun, the former glamour model jetted off to Turkey for a facelift, tummy tuck and liposuction last week, as she’s recently been feeling “self-conscious about her looks”.

The gossiper said: “Katie has been self-conscious about her looks recently, and despite joining a gym, she hasn’t got the results she wanted.”

Katie’s fitness trainer boyfriend recently told her she should eat healthier to save her looks, rather than keep going under the knife.

This latest procedure is Katie’s third facelift. She has also had nine boob jobs, rhinoplasty and Botox and fillers.