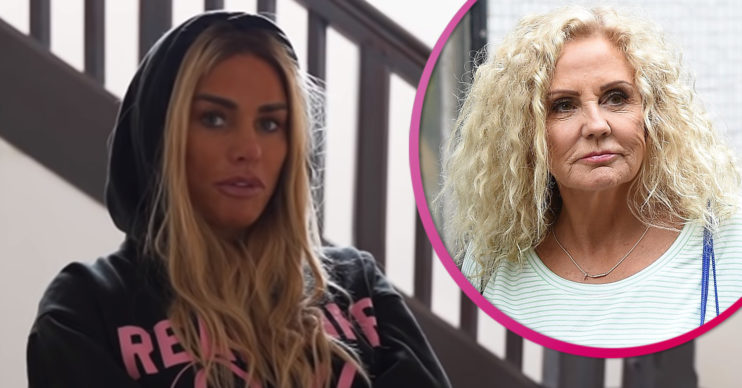 In the latest Katie Price news, the star has shared her delight after it emerged a review could mean her terminally ill mum gets access to important treatments.

The former glamour model’s mother Amy, 64, suffers from idiopathic pulmonary fibrosis (IPF), a condition where the lungs become scarred and breathing gets harder.

Katie, 42, told of her happiness after the National Institute for Health and Care Excellence (NICE) agreed to have another look at current restrictions on treatment.

She wrote on Instagram: “I’m so delighted to hear that through @actionpulmonaryfibrosis campaign, NICE has agreed to review the restrictions on anti-fibrotic treatments for IPF patients like my mum.

“It’s inhumane that these restrictions are in place.

“My mum is at a critical point and the medication may be refused as she reaches the threshold where the restrictions kick-in.

“This would be devastating for her and us.”

What has Katie said about her mum’s illness?

Speaking to Nolan Live on BBC One, she said: “Now she’s on oxygen, it’s hit home again. She’s only got like 32 per cent left of her lung capacity. So if you imagine now being that out of breath, it must be awful, and it’s an awful way to go.

“It’s horrible to see my mum go through it because she’s so active, it’s cruel.”

Katie wants to make sure her mum is at her wedding

Amy’s illness is one of the reasons that Katie wants to marry her partner Carl Woods sooner rather than later.

Speaking on Good Morning Britain earlier this month, she said: “We’ve discussed (the wedding) with his parents yesterday and my mum.

Carl added: “We’ll get married this year and it will be very different to everything Kate’s done before.”