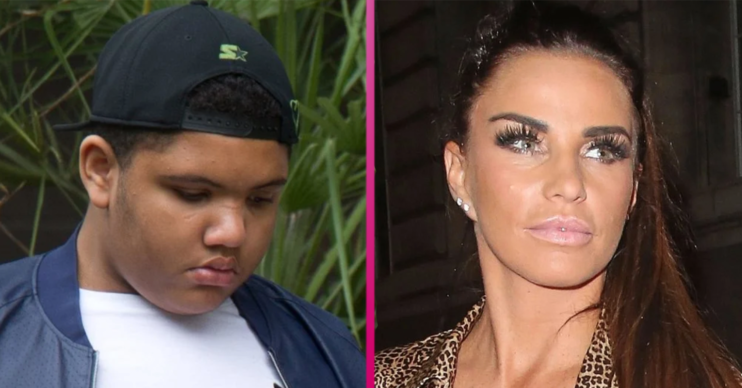 Bunny has been keeping her brother entertained

Katie Price has shared a heartwarming video of her daughter Bunny singing to poorly son Harvey.

Mum-of-four Katie has been with Harvey, 16, in hospital today, where he has been receieving treatment since being admitted with a high fever last weekend.

It looks like five-year-old Bunny has been keeping him entertained while he’s in there.

One video, which was uploaded to Instagram this afternoon, shows the adorable little girl showing her big brother how she has learned to blow bubbles with her chewing gum.

Harvey watches her intently, then laughs when it pops, telling her: “I love it!”

What did Bunny do in the next video?

But in the next video that Katie uploaded, he hilariously runs out of patience towards the end.

He joins in, making frog noises. But then towards the end, as any big brother would, he decides he’s had enough singing for the time being.

Katie’s followers loved the look into her Sunday afternoon, with many commenting their support.

One fan replied: “The love you all have for each other is just so pure! Such a beautiful family.”

Another said: “Made me cry happy tears! Her little dance!”

A third commented wishing Katie’s son well: “So glad Harvey is up and about. Happy for you all.”

Katie shared a video earlier on today, where she and Harvey thanked the public for their kind messages while the 18-year-old has been poorly.

Why is Harvey in hospital?

The teen was rushed to hospital last weekend after suffering a dangerously high temperature.

He stayed in intensive care for most of the week, but was moved to another ward on Friday.

Harvey has Prader-Willi Syndrome, is partially blind, autistic and has learning and behavioural difficulties.

Katie has shared how difficult she finds being apart from Harvey, but they were both together on a video she shared earlier on.

As he leaned on Katie, 42, Harvey thanked fans for their well wishes and said he was looking forward to a nap.