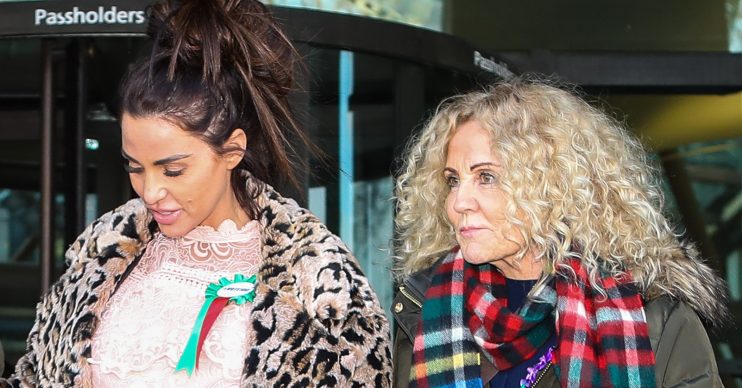 TV’s Katie Price has shared a worrying update on her mum Amy’s health as she battles a lung condition.

Katie, 41, has revealed Amy only has 42 per cent capacity left of her lungs leaving fans concerned.

Presents all opened… Now who’s going to clean up all this mess? 🤣

Read more: Katie Price admits co-parenting is hard as she reunites with kids Princess and Junior

Katie recently shared a photo of herself, her children Junior and Princess and Amy opening Christmas presents.

One fan commented: “Lovely pic Katie hope your mum is doing OK she looks so well!! Amy you are an inspiration to others stay strong and positive.”

She only has 42% capacity left of her lungs.

Katie replied: “Thank you, she is an incredibly strong person. She only has 42% capacity left of her lungs. I must get my strength from her.”

Most of this year, Amy has been spending time in Spain with Katie’s stepdad Paul, as she finds it easier to breathe in the warmer climate.

Family is everything ♥️

Earlier this year, Amy spoke about her decision to spend more time in Spain during a joint appearance on Loose Women with her daughter.

At the time, Katie said of her mum’s illness: “I haven’t processed it yet. When you hear the word terminal, you think it could be next week or a month, but she still has got lots in her.

“Lots of energy, still moaning at me.”

Meanwhile, Amy became tearful as she spoke about her condition during an appearance on The Jeremy Vine Show in April.

Read more: Katie Price compares herself to the Queen off the back of ‘nightmare’ year

As she explained that she has been writing goodbye letters to Katie and the family, Amy welled up.

Amy said: “You write letters but I want my funeral to be a good one, because I will be there.”

Reaching out to put her hand on Amy’s arm, Katie said: “It’s not happening yet.”

Amy was previously told by specialists that she had between three to five years left to live after being diagnosed with the condition.