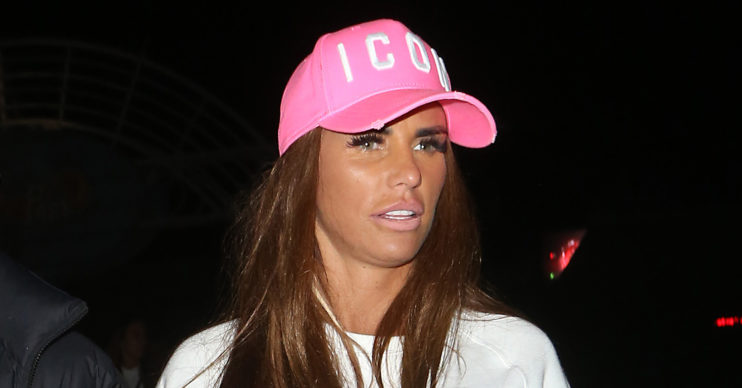 Former glamour and her kids were held at gunpoint

Katie Price has shed more light on the terrifying attack she endured in South Africa two years ago while filming her reality show.

The mum-of-five, 41, has previously spoken about the ordeal, in which she and two of her children, Junior and Princess, were held at gunpoint while travelling from Johannesburg to Swaziland.

But, in an interview to promote her appearance on this year’s Celebrity SAS: Who Dares Wins, she revealed that she was sexually assaulted during the incident.

And the former glamour model described what happened as “like something from a horror film”.

Katie was in South Africa filming My Crazy Life in 2018 when the group she was travelling with were held up by a group of armed men.

Explaining why she later checked into The Priory with symptoms of PTSD, she told The Sun on Sunday: “The reason I went there was because I got held at gunpoint and sexually assaulted. Six men attacked us after we stopped because my son Junior needed a wee.

I grabbed a pillow and launched myself in front of the kids, trying to protect them, waiting for a bullet to hit me.

“It was like something from a horror film. This big man in an adidas hoody was shouting in my face, swearing and demanding I give him everything. And he was touching me down below.

“I grabbed a pillow and launched myself in front of the kids, trying to protect them, waiting for a bullet to hit me. I thought I was going to die. Police said it was a miracle they didn’t kill us.”

Katie also spoke about the terrifying incident in a candid interview last year.

She told The Sun’s Fabulous magazine: “My friend got knocked unconscious, blood everywhere and his eye socket is [expletive].

Lucky to be alive

“I was punched in the face and the kids saw everything. That’s why I’m getting a protection dog. It’s had a massive toll. The police said we were lucky we didn’t get shot.”

Junior, 14, and Princess, 12, are Katie’s two children with her former husband Peter Andre.

She also has three kids from other relationships – Harvey, 17, Jett, six, and Bunny, five.

Katie made her debut on Celebrity SAS: Who Dares Wins as the new series began last Monday.

And she grabbed the headlines by revealing that she’d suffered her “fifth kidnap threat” just two weeks before heading up to Scotland to film the Channel 4 series.

She added: “I’m not here for sympathy, I’m just saying I have been through a lot of [expletive] and I’m still going through it.”

Celebrity SAS: Who Dares Wins is on tomorrow night at 9pm on Channel 4.

Entertainment Daily has invited Katie Price’s representatives to comment on this story.