Model Katie Price "secretly hates" Holly Willoughby, with sources alleging that the model is jealous of the TV presenter's slim figure and success.

Mum-of-five Katie has been open about her two-stone weight gain in recent months and a source told The Sun: "Katie definitely has a hint of the green-eyed monster when it comes to Holly, but deep down that's because she desperately wishes she could be more like her."

Katie has even apparently commented to pals that Holly needs to get her curves back. 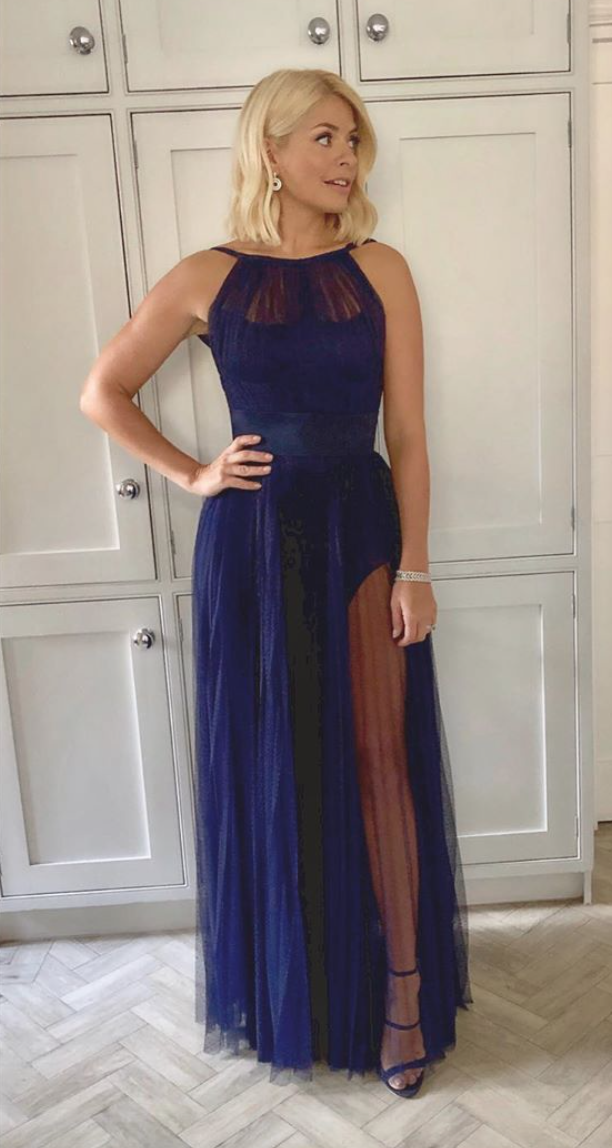 Holly looked stunning at the TV BAFTAs – and Katie is said to be jealous of her slim figure (Credit: Instagram)

The source said: "She's even said she needs work on her famous 'Willoughboobies', just like her, after losing so much weight. She's not 'Holly Willoughbooby' any more."

Katie has commented on Holly's weight before, caught on camera discussing it in December 2017 during an encounter on This Morning.

Katie definitely has a hint of the green-eyed monster when it comes to Holly.

Appearing on the daytime show via video link, as she enjoyed a slice of Christmas cake, Katie threw a skinny-shaming comment at the bubbly blonde.

She said: "Holly you need some of this, you've lost too much weight." Looking a little taken aback, Holly smiled and said: "Thanks!"

The reality star is also said to be envious of Holly's TV success – and wants to get her old job back on Loose Women.

"Katie wants to be the queen of daytime TV again – not Holly, who's at the top of the game. She says that she will prove she's queen bee again."

Katie is also said to be upset over the fact that mum-of-three Holly doesn't get any bad press for going out and getting drunk with her friends, whereas the model mum of five is regularly criticised for her boozy antics.

A representative for Katie denied the grudge claims, calling them "not true".

The allegations came as it was reported that Katie wants to resurrect her singing career by charging £5,000 to perform at weddings, funerals and bah mitzvahs.

Will Katie ever steal Holly's daytime TV crown? Head over to our Facebook page @EntertainmentDailyFix and let us know what you think!