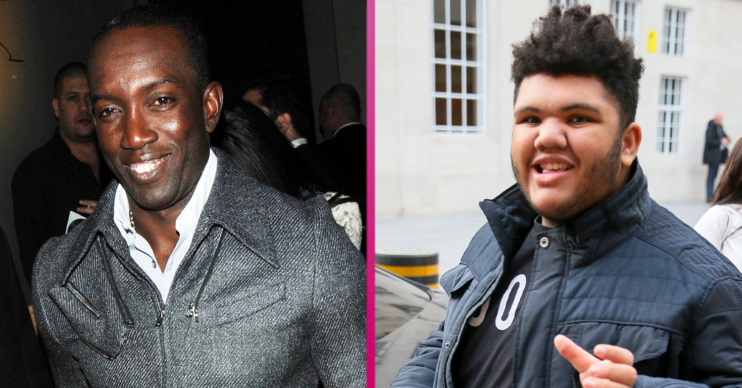 Katie Price has revealed Harvey, her 18-year-old son with Dwight Yorke, doesn’t understand why he can’t see his dad.

Model Katie revealed Harvey’s heartbreak as he watches his siblings – Princess, Junior, Bunny and Jett – spend time with their dads.

However, Harvey’s biological father, footballer Dwight, has wanted nothing to do with Harvey since his birth.

Katie Price says Harvey has been ‘let down’

The model told the Mirror how Harvey has been “majorly let down” by the men she’s been seriously involved with.

Harvey has seriously been let down by my serious relationships I’ve had. He doesn’t understand why the kids go to see their dads and he doesn’t.

Katie said Harvey has developed quite the bond with her new boyfriend Carl Woods.

However, she admits Carl is “not here to be anyone’s father”.

She said Harvey likes “male banter” and has lined up Carl to be his “best friend”.

‘He wants a father’

“He’s a teenager, he wants a father. When I say father, Carl’s not here to be anyone’s father, they’ve got their own dads, but Harvey likes male banter. At the minute, I play the mum and dad role with him,” she said.

Read more: Sarah Harding moves in with her mum as she continues cancer battle

Katie has publicly reached out to Dwight on many occasions, with Harvey even appearing in videos pleading with the former footballer to build a relationship with his son.

Harvey’s battle with his weight

For now, though, Katie is focused on helping Harvey – who weights “28 and a half stone” – to lose weight.

He suffers from Prader-Willi syndrome – which means he never feels full – partial blindness and autism.

Katie added: “He’s 28 and a half stone, he’s very obese. It’s so hard, no one understands trying to get his weight down. I’m trying to find a treadmill that can take his weight.”

The mum of five is also looking into colleges for her first-born.